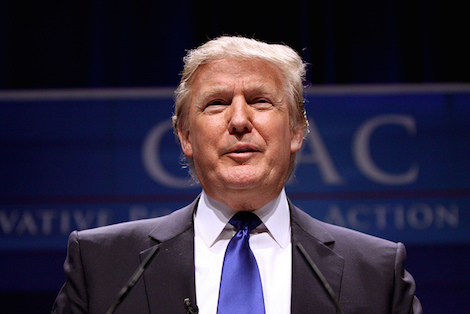 As I speculated previously, now that the media’s obsession with Trump-mania has been interrupted by actual news, “the Donald” continues to fall in the polls. It’s not that Trump has changed his tune. He continues to say inflammatory and ignorant things. But with the Pope’s visit, Boehner’s resignation (followed by the chaos that’s about to ensue in the House leadership elections), and the shooting in Oregon, we actually have some other things to talk about.

And so it’s interesting to note that, just as all that is happening, John Judis writes what is likely to become the definitive description of Trump supporters. Referring to a 1976 book by Donald Warren, he calls them Middle American Radicals (MARS).

I would simply note that it would be a more accurate description of MARS if we added one word: “MARS are distinct in the depth of their feeling that the white middle class has been seriously neglected.” Also, since the 1970’s we have increasingly made the distinction between blue collar and white collar middle class – the former being what we refer to as “working class,” who are the heart of the MARS demographic.

Judis suggests that these are the voters who supported candidates in the past like George Wallace, Ross Perot and Pat Buchanan. Where this is especially helpful in understanding the MARS voters of today is that Judis explains the ingredients that contribute to a burst of Middle American Radicalism: (1) “a widespread sense of national decline,” (2) “pronounced distrust of leadership in Washington,” and (3) a leader to play the catalyzing role.

What many have been noting for a while now (including me) is that the conservative sense of national decline is fueled by the fact that the white male patriarchy is dying – both as a domestic force and around the world. The fact that our President is African American and their Republican leaders have failed to stop him has inflamed their sense of distrust in Washington. Along comes Donald Trump to tap into all of that.

But when it comes to the candidacy of Trump, here is where Judis provides some optimism: MARS voters tend to make up 20% of the electorate and 30-35% of Republicans. That reality is demonstrated by this chart from a recent Pew poll (note: they polled registered voters rather than likely voters, which is probably wise this far out of a general election). Trump’s support peaks with non-college educated voters who make less than $40,000.

What’s also interesting to note is that the number of registered voters who are undecided at this point is about 25%. Among those who have decided, support for Rubio and Fiorina peak among college educated voters who make $75,000 or more. That tends to support what I’ve said previously about “Goldwater Republicans.”

The wild card in all this are the Carson supporters – who are pretty evenly dispersed (except for the fact that he gets less support among those who make less than $40,000). If there comes a time that Carson overtakes Trump in the polls (as he did recently in an IDB/TIPP poll), he will likely come under more scrutiny by the media and other Republican candidates. That’s when we’ll learn whether or not he has staying power or is the 2016 version of Herman Cain (my money is on the latter).