WEST POINT, N.Y. — Christian Nattiel rattles off the way his course of studies has prepared him for his prestigious role as a company commander in charge of 120 fellow cadets at the U.S. Military Academy.

Ramrod straight in his Army combat uniform on the historic campus, where future officers are required to take humanities and social-sciences courses such as history, composition, psychology, literature, and languages, he said that, in philosophy, “There’s no right answer, and that’s very useful in the Army, so you’re not so rigid.”

Thirty miles up the Hudson River, students in chefs’ whites and toques experiment with recipes and test ingredients at the Culinary Institute of America, one of the nation’s foremost schools for chefs, whose seal is a knife crossed with knife sharpener. They’re required to take liberal-arts courses, too, including sociology, psychology, and languages, and have to write and present a senior thesis, all to help them later with such things as managing employees and preparing business plans and raising capital to open their own restaurants.

Related: In era of high costs, humanities come under attack

“People without a liberal-arts background really have no place to go with their skill sets,” said Frank Guido, a Culinary Institute student from Rochester, New York, sitting in the campus cafÃ© and studying the Mayan Indians for a course he’s taking in history and culture. “They lack an overall knowledge, and an ability to relate to people and make educated decisions, and not jump to conclusions.”

As mainstream universities and colleges cut liberal-arts courses and programs in favor of more vocational disciplines, and the number of students majoring in the humanities continues to decline, unexpected types of institutions are expanding their requirements in the liberal arts with the conviction that these courses teach the kinds of skills employers say they want, and leaders need: critical thinking, problem-solving, teamwork, and communication.

‘The ability to think broadly’

“It’s important to develop in young people the ability to think broadly, to operate in the context of other societies and become agile and adaptive thinkers,” Trainor said. “What you’re trying to do is teach them to deal with complexity, diversity, and change. They’re having to deal with people from other cultures. They have to think very intuitively to solve problems on the ground.”

That’s what employers say they need in their new hires, too. Three-quarters want more emphasis on critical thinking, problem-solving, written and oral communication, and applied knowledge, according to a survey of 318 corporate leaders by the Association of American Colleges and Universities— exactly the kinds of skills advocates for the liberal arts say they teach. Ninety-three percent agree that “a demonstrated capacity to think critically, communicate clearly, and solve complex problems” is more important than a job candidate’s undergraduate major.

Throughout higher education as a whole, however, institutions have been dropping the liberal arts. Between 2007 and 2012, the most recent period for which the figures are available, four-year universities reduced their number of departments offering art history, English, languages, history, linguistics, literature, and religion, the American Academy of Arts and Sciences reports. The proportion of all bachelor’s degrees awarded that are in humanities disciplines has dropped to 6 percent from a peak of 17 percent in 1968.

Related: Academics forced to prove their worth

“A lot of colleges are getting so first-job-focused that they’re going in the opposite direction,” said Michael Sperling, vice president for academic affairs at the private, nonprofit Culinary Institute. This is in part because, he said, “There’s a certain level of anti-intellectualism in the popular culture that inappropriately sees the pursuit of core disciplines as frivolous. And that’s unfortunate, because the kind of things you learn in philosophy courses and history courses deepens your ability to act in the world.”

Sperling said: “I’m not talking about content. You learn a lot about logic. And that affects how you approach a business problem in the future, and that’s really powerful,” including for Culinary Institute graduates who may someday run their own restaurants, and who — even if they don’t — need to be able to alternate their “Yes, Chef!” subservience made familiar by cable TV food shows with the occasional “Why, Chef?”

Educating ‘for a lifetime of success’ “If service is at 6 o’clock, the food needs to be ready,” Sperling said. “But at the same time, we also want to create the ability to question. That student should be thinking, well, is there a better way to do this? So we give them the academic background to support that. We should be educating students, yes, for a first job, but really for their fifth job or their 10th job — for a lifetime of success.”

In addition to the military academies and the Culinary Institute, other chefs’ schools such as Johnson & Wales University also require their students to take liberal-arts courses. So do a few art schools, including the Savannah College of Art and Design, and a handful of engineering universities such as Worcester Polytechnic Institute.

The retreat from the humanities is more pronounced at public than private universities, propelled by governors, legislators, and others who question subsidizing programs such as women’s studies and philosophy.

A task force in Florida recommended that public universities there charge more for “non-strategic majors” such as history and English, than for degrees in science, technology, engineering, and health. “Is it a vital interest of the state to have more anthropologists? I don’t think so,” Gov. Rick Scott told the Sarasota Herald-Tribune.

“If you want to take gender studies, that’s fine. Go to a private school and take it,” said North Carolina Gov. Patrick McCrory. “But I don’t want to subsidize that if that’s not going to get someone a job.”

Republican presidential contender Senator Marco Rubio has questioned whether it’s worth taking out student loans “to study, you know — I don’t want to offend anybody — Roman history? Are there any Romans here?” 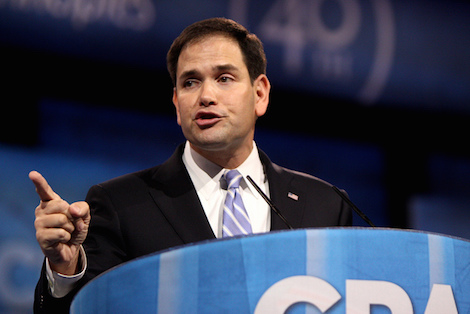 Indiana State University has cut art history and German. The University of Southern Maine is shedding French and combining its English, philosophy, and history departments, and music, art and theater. The University of Alaska Fairbanks plans to revise or eliminate its undergraduate degree in music. One of the reasons members of the Board of Visitors at the University of Virginia reportedly fired its president, Teresa Sullivan, in 2012, was because she resisted their calls to get rid of German and the classics. After protests, Sullivan was reinstated.

Learning ‘how to think clearly’

“There are some governors and demagogic politicians of whichever party who aren’t listening to the business leadership and the military leadership,” said Jim Grossman, executive director of the American Historical Association. “It’s shortsighted. They don’t understand what students take from courses like history. They don’t realize that what you really learn are ways of thinking about things like how does change happen, and how to learn and think clearly.”

In fact, a new project under which 126 faculty analyzed work by students at some 60 higher-education institutions in nine states found that two-thirds did not demonstrate critical thinking skills, fewer than a third could use evidence to investigate a point or reach a conclusion, two-thirds didn’t know how to demonstrate the use of sources and evidence in writing, and fewer than half could draw conclusions based on analyzing data.

Forty percent of those corporate leaders surveyed say colleges aren’t teaching students what they need to know to succeed, and more than half say new employees with college degrees don’t have the skills they need to ultimately be promoted.

Without their liberal-arts studies, said Ted Russin, associate dean for culinary science — who has a degree in philosophy himself — students at the Culinary Institute “would definitely have technical skills. They could make a croissant and it would be exquisite. But there’s a difference between knowing how to do something and understanding what’s happening.”

The stakes are even higher in the military, said Bruce Keith, a professor of sociology at West Point. Cadets who graduate from there “will be in charge of people’s lives. We want to make sure they have the ability to not only make decisions but reflect on the consequences of those decisions for themselves and for everyone else involved.”

That’s among the reasons the liberal arts — now referred to by academics as “liberal education” — are being expanded instead of eliminated at such places as military academies, Trainor and others say. The Naval Academy at Annapolis, Maryland, is now ranked ninth among the nation’s liberal-arts schools by U.S. News and World Report’s influential “Best Colleges” rankings, West Point 22nd, and the Air Force Academy 29th.

“It’s fine to train people to do a specific job,” said Nattiel, the West Point cadet leader. “But you still have to teach them to ask questions and question their assertions.”

Besides, as Hannah Debey, a student from Houston at the Culinary Institute who hopes to someday open her own bakery, puts it: “It seems kind of boring not to have the liberal arts.”