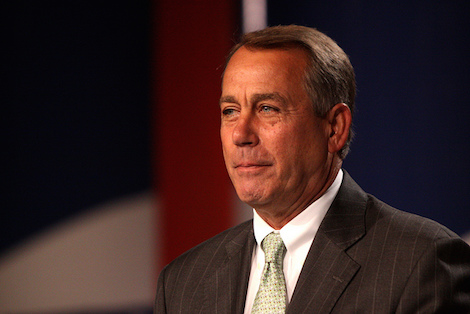 Nancy LeTourneau was at the controls here when the two-year budget deal got through the House via the mother of all Hastert Rule violations, and she’s right that there are always enough House Republicans who will stick with the leadership when they choose to move legislation supported by the entire Democratic Conference.

But it’s still amazing that congressional Republicans have decided with less screaming that you would expect to eliminate the choke hold conservatives have had on the basic operations of government and the economy since 2010 (assuming, of course, that Rand Paul’s Senate filibuster does nothing more than slow down final passage). Perhaps they are finally accepting the logic that waiting to see if they can obtain a trifecta in next year’s elections before trying again to blow things up makes good political sense. Maybe Boehner and McConnell simply caught conservatives by surprise with so sweeping and audacious a deal.

The other possibility, of course, is that hard-core could yet use the omnibus appropriations measure that still has to be adopted as separate legislation in December to renew their battle with the GOP Establishment and Obama, via policy riders that do not violate the budget agreement. There was not, so far as I am aware, anything in the deal that would forestall another “defund Planned Parenthood” crusade.

But for the moment, Boehner can hand the gavel off to Paul Ryan tomorrow and head off to Florida with the satisfaction of having won his last fight with the Right, at the cost of no more than a temporary humiliation and with the benefit of speeding up the timetable for a career-capping cornucopia as a mega-lobbyist. And indeed, the budget deal may have added a zero to his signing bonus.