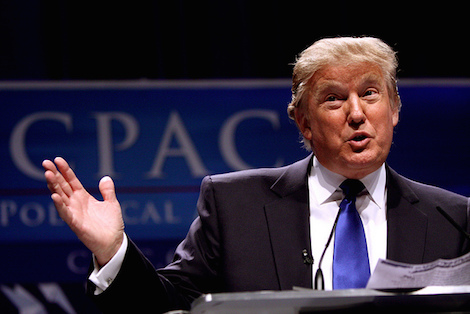 WaPo’s Dave Weigel and Robert Costa did a good job yesterday of sorting out all the strands of the big GOP brouhaha over presidential candidate debates. What comes through most clearly is that despite the joint meetings and the decision by the campaigns to retain Republican super-lawyer Ben Ginsberg to represent them in issuing demands to the television networks, their complains are not necessarily compatible.

But hey, there’s one thing they can all agree on:

The campaigns reached an early consensus on one issue, according to several operatives in the room: the secure standing of Fox News Channel. Any changes would be applied to debates after next week’s Fox Business Network debate. Among the reasons, according to one operative in the room, was that “people are afraid to make Roger [Ailes] mad,” a reference to the network’s chief.

As a practical manner, that means all this yelling and screaming over debates won’t necessarily matter until December 15, when CNN and Salem Radio are due to hold an event in Nevada. What this is mostly about is that candidates who did well by bashing the media and the moderators want to extend the moment as long as possible, while those who did not do well need an excuse. You cannot take the politics out of politics, not even for a moment.