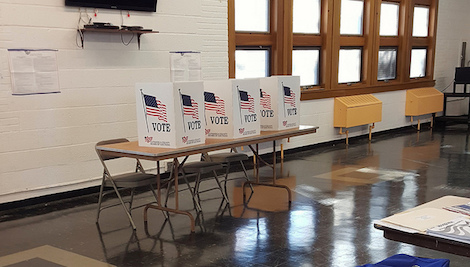 If, like me, you view efforts to minimize voting as one of the principles challenges to progressive values in this country, you should, like me, be disturbed by a piece from FiveThirtyEight‘s Eitan Hersh citing research on certain kinds of down-ballot races where Democrats prefer off-cycle, extremely-low-turnout elections. You know, like many elections today:

[F]ew people will vote today. Many elections are taking place, but almost all are for local offices. School boards, for example, are up for election in Houston; Fairfax County, Virginia; Charlotte, North Carolina and in hundreds of other communities that oversee the education of millions of schoolchildren. But only a small number of highly engaged voters will participate in the elections for these offices.

Scheduling elections at odd times appears to be a deliberate strategy aimed at keeping turnout low, which gives more influence to groups like teachers unions that have a direct stake in the election’s outcome.

Hersh goes on to quote at some length from a book by UC-Berkeley professor Sarah Anzia on state legislative efforts to consolidate local and school-board elections with other elections.

The consolidation bills, which were generally sponsored by Republicans, typically failed because of Democratic opposition, according to Anzia. By her account, Democrats opposed the bills at the urging of Democratic-aligned interest groups, namely teachers unions and municipal employee organizations.

Keep in mind that off-cycle municipal elections are the kind of thing that led to the wildly unrepresentative city government in Ferguson, Missouri.

Not having read Anzia’s book, I don’t know whether the scope of elections she is looking at is too narrow to make such general conclusions. I am sure, for example, that any effort to synch gubernatorial or state legislative elections with high-turnout presidential elections would meet violent, universal opposition from Republicans everywhere.

But it’s true you’d expect Democrats to resist any franchise-reducing efforts as a matter of principle–or at least combine them with other measures, like Saturday voting, that expand voting opportunities.

Perhaps these voter-suppressing impulses are a legacy of the quite recent past when non-presidential turnout patterns were less nakedly favorable to Republicans. If so, Democrats really need to keep up–and remember their principles.