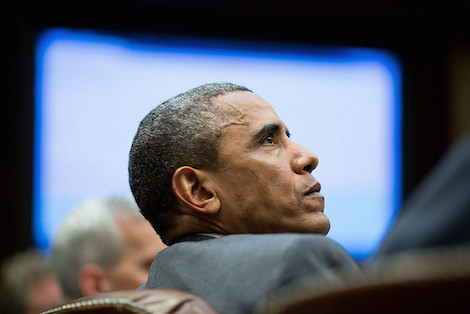 Debate about the civil liberties issues raised initially by the Bush/Cheney “war on terror” and subsequently during Obama’s presidency has been raging for years now. My position has been that the best way to resolve them was to end what has come to be the “indefinite war.” I was encouraged along those lines by some of the things I heard from President Obama. For example, this is what he said when he visited Afghanistan in 2012:

My fellow Americans, we have traveled through more than a decade under the dark cloud of war. Yet here, in the pre-dawn darkness of Afghanistan, we can see the light of a new day on the horizon. The Iraq War is over. The number of our troops in harm’s way has been cut in half, and more will be coming home soon. We have a clear path to fulfill our mission in Afghanistan, while delivering justice to al Qaeda…

This time of war began in Afghanistan, and this is where it will end.

The President got even more specific in a speech he gave about counterterrorism in 2013.

So America is at a crossroads. We must define the nature and scope of this struggle, or else it will define us. We have to be mindful of James Madison’s warning that “No nation could preserve its freedom in the midst of continual warfare.” Neither I, nor any President, can promise the total defeat of terror. We will never erase the evil that lies in the hearts of some human beings, nor stamp out every danger to our open society. But what we can do — what we must do — is dismantle networks that pose a direct danger to us, and make it less likely for new groups to gain a foothold, all the while maintaining the freedoms and ideals that we defend. And to define that strategy, we have to make decisions based not on fear, but on hard-earned wisdom.

But with the rise of ISIS and the administration’s response, any real movement in the direction of ending “continual warfare” has been been halted. The next president will inherit this war. We know that any Republican who is running will merely ramp it up. Hillary Clinton is – if anything – a bit more hawkish than President Obama. And while Bernie Sanders has promised to end the NSA’s metadata program, he has been clear that he will continue drone strikes against terrorists.

It is in light of this reality that the book by Charlie Savage titled Power Wars: Inside Obama’s Post-9/11 Presidency sheds some important light. He has published an adaptation from the book at Politico, where he highlights the difference between the way Bush/Cheney and Obama approached these issues.

The distinction Savage draws is that the backdrop for Bush/Cheney was their experience as CEO’s and the Obama administration was staffed by lawyers.

That contrast spilled over into the way each administration handled matters of national security. Especially in its first term, the Bush administration relied on a handful of lawyers who embraced an idiosyncratic view of the Constitution by which the president, as commander in chief, was free to disregard statutory and treaty constraints—an interpretation that foreclosed much need to engage with the legal weeds of any particular issue. By contrast, the Obama legal team—many of whom had sharply criticized the Bush administration’s theory of executive power as an overreach—shied away from invoking claims of commander-in-chief power. Seeking to show that the United States could fight a war against Al Qaeda within a recognizable framework of domestic and international law, they designed an NSC decision-making process that vetted every issue through an elite interagency lawyers group. As a result, even if the law did not dictate every policy decision—taking its place as one factor alongside others, like military, diplomatic and political concerns—it shaped and disciplined how they thought about problems.

I’m sure the Obama administration has ensured that their counterterrorism activities are on sound legal footing. But that doesn’t mean the discussion ends there. It is now up to us to examine the effects Madison referred to about a nation engaged in “continual warfare.”

To have that conversation, we need to approach it the way President Obama described: “based not on fear, but on hard-earned wisdom.” We all know that it is not possible to have that kind of discussion with Republicans these days. And so now, during the primary, would be the opportune time to put it on the table with our Democratic candidates. So far, it has been missing from the debates. I’d like to see that changed.