On Monday, the Oxford English Dictionary unveiled 2015’s “word of the year.” There were some pretty tough competitors – from “sharing economy” to “lumbersexual” to “on fleek.” But in the end, the OED didn’t choose a word at all. It chose an emoji as “the ‘word’ that best reflected the ethos, mood, and preoccupations of 2015.”

At West Wing Writers, we see the writing on the wall. So in anticipation of a future where our jobs require more symbolism than metaphor, here are some of the most memorable lines in political oratory, translated into Emoji. 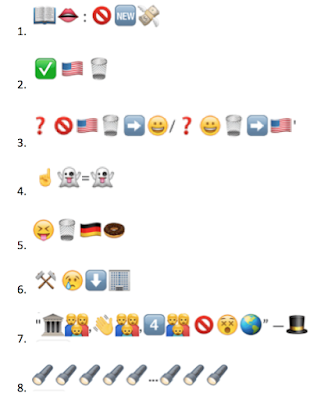 West Wing Writers is a speechwriting and communications strategy firm with offices in Washington, DC, New York, and San Francisco. We sometimes write speeches with words, too.