* As the saying goes, I’m old enough to remember when most of the pundit class was consumed with the idea that President Obama was aloof and didn’t reach out enough to members of Congress (cough – Chuck Todd – cough). Now that John Boehner has “retired,” he seems to be blowing that whole meme up.

Washington is such a polarized pressure cooker, former House Speaker John Boehner told The Forum Club of Southwest Florida in Naples this month, that “I’d get to the point where I’d have to sneak into the White House to see the president.” If anyone on the left or right saw him enter, he said, both sides would get “all worked up” and wonder, “What are these two going to do now?”

When Obama played golf with Boehner a few years ago, he was criticized for only playing with him once. But it turns out that wasn’t his fault. Boehner told the Naples group they had a “nice” game but he declined a couple of subsequent invitations in order to avoid irritating his “band of renegades” (his description of some of his fellow Republicans).

The exchange with Obama went like this, according to Boehner: “You think it would be too much trouble if we played golf again?” “Yes, Mr. President, I think it would be.” To the audience, he added, “You just can’t believe the grief I got.”

* You might have heard that, when it comes to the bipartisan work on criminal justice reform, the infamous Koch brothers have been pretty supportive. Would it surprise you to find out that perhaps they had a few self-serving motives?

Now, as Congress works to turn those goals into legislation, that joint effort is facing its most significant test — over a House bill that Koch Industries says would make the criminal justice system fairer, but that the Justice Department says would make it significantly harder to prosecute corporate polluters, producers of tainted food and other white-collar criminals…

At a time when the Justice Department has pledged to intensify its efforts to pursue white-collar crimes, the proposed legislation would significantly weaken the government’s hand, said Scott Faber, the vice president of government affairs at Environmental Working Group, who is also a former lobbyist for the food industry.

* There is yet more evidence that Obamacare is saving lives.

Cancer researchers say there has been a substantial increase in women under the age of 26 who have received a diagnosis of early-stage cervical cancer, a pattern that they say is most likely an effect of the Affordable Care Act…

Early diagnosis improves the prospects for survival because treatment is more effective and the chance of remission is higher. It also bolsters women’s chances for preserving their fertility during treatment. And women with health insurance are far more likely to get a screening that can identify cancer early.

* I have to admit, this is my favorite headline of the week – Scientists: Ted Cruz Understands Less About Climate Than a Kindergartner. And the most amazing part is that it’s not an exaggeration. The actual content is even more explosive.

Sen. Ted Cruz (R-TX) has the poorest understanding of climate science of all the 2016 presidential candidates, according to a report card prepared for the Associated Press by eight climate and biological scientists.

On a scale from zero to 100, the scientists gave Cruz a six.

“This individual understands less about science (and climate change) than the average kindergartner,” Michael Mann, a meteorology professor at Pennsylvania State University, wrote about Cruz’s comments, according to the AP. “That sort of ignorance would be dangerous in a doorman, let alone a president.”

Here’s a look at how the rest of the field fared (not a bad look for Clinton, huh?). 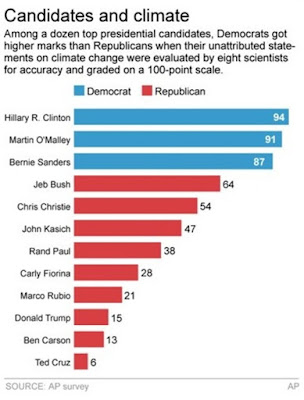 We’ll be back tomorrow with a few updates before the tryptophanitis kicks in. Until then, here’s a good reminder for all of us to keep in mind. 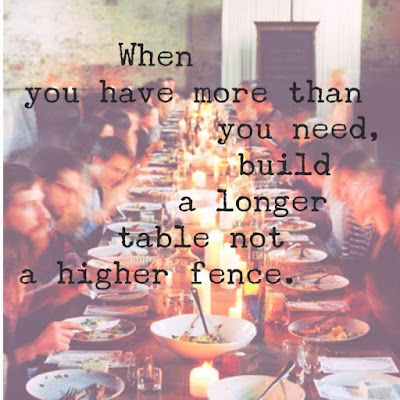