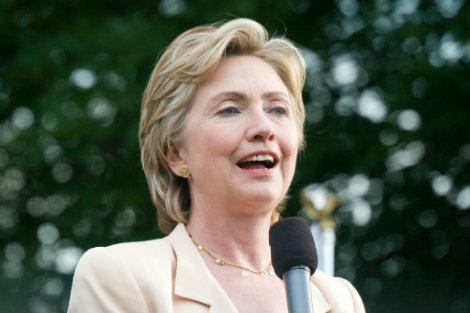 The same is true for the roles women assume as adults. Whether they want a paid career or the opportunity to work as mothers and homemakers, it is up to them to decide.

It was interesting in last nights debate to hear Hillary Clinton apply that same right to chose when Judy Woodruff asked her about the fact that, in New Hampshire, Bernie Sanders won 55% of the women’s vote. That question could have posed the kind of trap for Clinton that Martin wrote about yesterday. In other words, Clinton might very well have sounded condescending by chiding the women who didn’t vote for her or blaming them for being uninformed. Instead, she said this:

Well, first, Judy, I have spent my entire adult life working toward making sure that women are empowered to make their own choices, even if that choice is not to vote for me. I believe that it’s most important that we unleash the full potential of women and girls in our society.

But I have no argument with anyone making up her mind about who to support. I just hope that by the end of this campaign there will be a lot more supporting me. That’s what I’m working towards.

That is the response of a woman who has integrated the idea of empowerment and choice for women as the central theme of feminism – rather than an adherence to a preferred pathway that is often forced on them by patriarchy on the right or ideologues on the left.

Ultimately, feminism is about respecting women. That means respecting their right to chose for themselves. Hillary Clinton gets that.