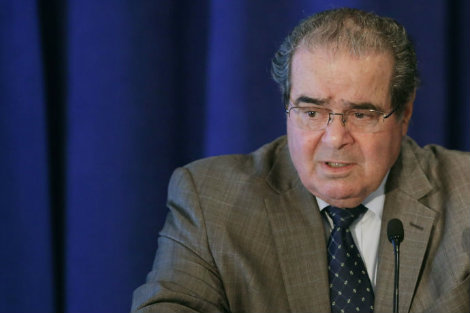 Nothing makes people more suspicious than secret orders and secret societies. I remember reading a lot about how both George W. Bush and John Kerry had belonged to Skull & Bones at Yale. That was supposed to be proof that the game was rigged, as the Bonesmen were going to control the White House either way the 2004 election turned out. Going back a little further, I remember some people freaking out about how many Reaganites belonged to the secretive Bohemian Grove club in San Francisco.

Now, I had never heard of The International Order of St. Hubertus, which was apparently established at the 1966 summer retreat of the Bohemian Grove. Actually, that’s not quite right. The society’s U.S. chapter was launched in 1966, but the organization itself was founded in 1695 by the Habsburg Count, Franz Anton von Sporck.

Members of the worldwide, male-only society wear dark-green robes emblazoned with a large cross and the motto “Deum Diligite Animalia Diligentes,” which means “Honoring God by honoring His creatures,” according to the group’s website. Some hold titles, such as Grand Master, Prior and Knight Grand Officer. The Order’s name is in honor of Hubert, the patron saint of hunters and fishermen.

I’m not sure why a secret hunting society has a website, but what do I know?

In any case, Antonin Scalia was attending a retreat of this St. Hubertus society in Texas when he unexpectedly died in his sleep. As we know, the remoteness of the location combined with the fact that he died over the weekend meant that things were handled in an unorthodox way. His body wasn’t examined by a coroner or other professional before his death was certified as arising from natural causes. Because his family didn’t ask for one, no autopsy was performed. And now we find out that he traveled to this ranch with a member of this secret society.

Cibolo Creek Ranch owner John Poindexter and C. Allen Foster, a prominent Washington lawyer who traveled to the ranch with Scalia by private plane, hold leadership positions within the Order…

…From Houston, Scalia and Foster chartered a plane without the marshals to the Cibolo Creek Ranch airstrip. In a statement after Scalia died, the U.S. Marshals Service said that Scalia had declined a security detail while at the ranch…

…Two other private planes that landed at the ranch for the weekend are linked to two men who have held leadership positions with the Texas chapter of the Order, according to a review of state business filings and flight records from the airport.

And this C. Allen Foster guy? Who is he?

The friend, Louisiana-born Foster, is a lawyer with the Washington firm Whiteford, Taylor & Preston. He is also known for his passion for hunting and is a former spokesman for the hunting group Safari Club.

In 2006, Foster was featured in The Post when he celebrated his 65th birthday with a six-day celebration in the Czech Republic. He flew his family and 40 Washington friends there to stay in Moravia’s Zidlochovice, a baroque castle and hunting park. The birthday bash included “tours of the Czech countryside, wine tasting, wild boar and mouflon (wild sheep) hunts, classic dance instruction and a masked costume ball.”

A secretary at Foster’s law firm said he is traveling in Argentina. The firm’s director of marketing, Mindee L. Mosher, said Foster was traveling and she would try to contact him. A woman answering a phone associated with Foster hung up when asked for comment.

Here’s a link to that 2006 article in the Post about Foster’s lavish trip to the Czech Republic.

This story is pretty much tailor-made for the Alex Jones types. How could Scalia’s death not be suspicious under these circumstances?

It’s all very intriguing, but it mainly interests me for what it says about Scalia and the company he kept.

He wasn’t exactly a man of the people, was he?