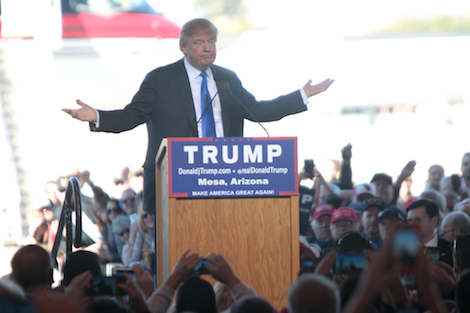 That’s an overwhelming endorsement of Trump by Massachusetts right-leaning voters.

So, naturally, the first thing the Republican governor of The Bay State did this morning was endorse Trump, right?

Massachusetts Republican Governor Charlie Baker, under pressure from Democrats and the news media to take a position on whether he would publicly support Donald J. Trump, should he be the GOP presidential nominee, said Wednesday he did not vote for Trump on Tuesday and “I’m not going to vote for him in November.”

Now, most of these Massachusetts Trump voters are the same folks who gave Charlie Barker the surprise upset victory that made him the governor in the first place. If 49.3% of them (or thereabouts) are morally rudderless simpletons, how does that reflect on their decision to back Baker?

Seriously, it’s a demonstration of the incredible chasm that has opened up between the Republican base and the thinnest shred of human decency and intellect, that a guy can come into a state and win half the vote in a five-way race and basically sew up the nomination, and the governor of the same party’s reaction is to tell that guy and his supporters to drop dead.