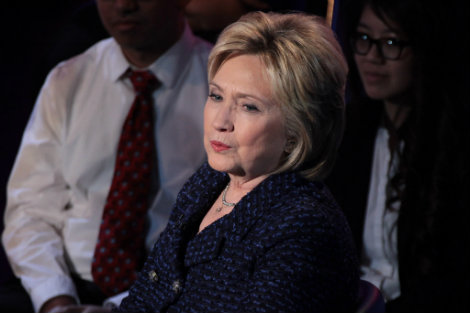 In the normal course of events, it’s a very bad sign when a witness is granted immunity by prosecutors. Unless a witness is likely to assist in a successful prosecution, there’s not much reason to shield them from accountability for anything they may have done wrong. So, naturally, it’s catnip to the press that the Department of Justice has made an immunity deal with Bryan Magliano, a former State Department staffer who helped Hillary Clinton set up a private server in her New York home.

This case could be a bit different than normal, though. It’s not at all clear that the prosecutors in this case are motivated to bring charges against anyone. In fact, the default presumption should probably be the opposite. They do, however, have an obvious motivation for closing the investigation sooner rather than later.

…Former prosecutors said investigators were probably feeling the pressure of time because of the election. Take action before the election, they said, and you risk being perceived as trying to influence the result. Take action after and face criticism for not letting voters know there was an issue with their preferred candidate.

“The timing is terrible whether you do it before or after,” [Former federal prosecutor Glen] Kopp said.

This could be simply a matter of getting cooperation from a key witness in a timely matter so that they can clear Clinton of criminal wrongdoing as soon as possible.

And the immunity deal could be the price they have to pay to make this happen quickly.

On the other hand, maybe I’m wrong. Bryan Magliano’s lawyer is obviously looking out for his client’s interests and there must be at least some theoretical liability here. Most likely, the liability pertains to Magliano’s awareness of the law concerning the handling of classified information.

I. Charles McCullough III, the inspector general of the intelligence community, has indicated that some of the material intelligence officials have reviewed contained information that was classified at the time it was sent…

So far, the Clinton Camp has insisted that the only classified information that has been found was classified retroactively. In other words, nothing has been found that was classified at the time it was sent. But I’m sure they’ll find at least a handful of exceptions to this considering the size of the trove of emails they’re inspecting. And that means that there was technical wrongdoing.

In a case like that, one issue is proportionality and another is consciousness of guilt. Either way, though, a cautious lawyer would want their client to be shielded from prosecution before they explained themselves to investigators.

My bet is that they’ll eventually announce some relatively small amount of classified material was mishandled, but they’ll decline to charge anyone with a crime and explain that there was no deliberate or conscious effort to do anything illegal.

That won’t satisfy critics, but it’s probably the correct move.

What we need are clear rules for how to handle classified material and mail in a digital age. We need this to protect our legitimate secrets and we need it so the people who serve in these top positions can have clarity about what’s acceptable and what is not.