* Earlier today, Martin wrote about Uunoor Ojha being hired by the Clinton campaign to serve as national campus and student organizing director – the same role she played in the Sanders campaign. It turns out that is part of Clinton’s new “millennial engagement” program.

On Friday, just three days after securing the Democratic nomination, Clinton launched a new “millennial engagement” program, targeting voters under the age of 35 with three new hires — including one from the Bernie Sanders campaign…

The campaign plans to send the youth outreach team around the country to “listen directly to millennial voters,” according to a Clinton official. The team of three operatives will also work directly with staffers in battleground states to create local outreach programs and hold “working group” meetings with voters under 35.

Anne Hubert, formerly a senior vice president at Viacom, comes to the effort as special adviser for millennial engagement. Hubert, not from a traditional campaign background, led Viacom’s Scratch, a project focused on young consumers.

Sarah Audelo, a former political and field director at Rock the Vote, will lead the team’s outreach and organizing efforts as Clinton’s youth vote director.

* I suspect that news like this will continually get buried during our obsession with electoral politics.

Libyan forces claim to have reached the centre of the coastal city of Sirte, Islamic State’s key stronghold, meaning the jihadi group may have lost all territorial control in the country…

“The armed forces entered Sirte. They are currently in the centre, where clashes continue with Daesh,” said Mohamad Ghassri, spokesman for the forces of the UN-backed Government of National Accord (GNA).

“The operation will not last much longer. I think we’ll be able to announce the liberation of Sirte in two or three days,” he told AFP.

* To give you some idea about how much Republicans dislike President Obama’s new rule requiring investment advisers to prioritize their clients’ best interests, not only did Speaker Paul Ryan propose to roll it back as part of his “anti-poverty” agenda, Congress passed a bill to repeal it. This week, Obama responded.

It was Obama’s third veto this year, and the 10th of his presidency. Half of those vetoes have been on similar attempts to block his executive actions on issues like greenhouse gas emissions, clean water and union elections.

* Some of you might remember that Steve Benen did us all a service by chronicling Mitt’s Mendacity during the 2012 election. It looks like he won’t have to do it this time since a website called Trump Lies was launched to take on that herculean effort.

* I hope everyone is getting used to the new digs here at Washington Monthly. If you haven’t already, I hope you’ll spend some time exploring all the great information that is available on the site. I wanted to give you a link to the new RSS feed and let you know that you can follow the Political Animal Blog by clicking on that link or the blue button at the top of our posts. One other great new feature is that you can follow any author by clicking on their byline in red. Hope you enjoy!

* Finally, Malia Obama graduated from high school today. Given the historic events of the last few days, it seems appropriate to end the week with this: 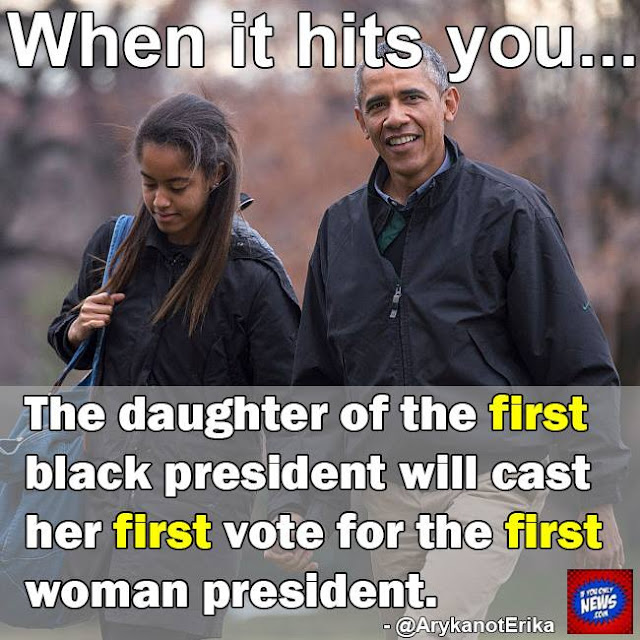