Over the last couple of days when I’ve seen headlines about Alton Sterling and Philando Castile, I have avoided clicking on them. I’m not proud of that. But I have a job to do. I’m supposed to write about politics at the Washington Monthly, and I knew I wouldn’t be able to do that if I read those stories. Yolanda Pierce captured it well.

My tears started while I was sitting in a coffee shop, and they refused to stop. I gathered my laptop and purse, hurried back to the car, and sat quietly, expecting the flow to cease. And yet, tears were in my eyes on the way back home and tears stayed with me throughout the day. I have been grieving for a well over a year; grieving for Sanford, Fla.; for Ferguson, Mo.; for Charleston, S.C.; for Cleveland, Ohio; and for countless other cities. I am grieving for a world that I know, irrefutably, does not value black lives — a world that does not value my life…

My words fail because my words are no longer adequate. Living with terror requires more than just words. Dealing with the realities of the terrorized black body in America requires my entire soul … and my entire soul weeps.

The horrors have simply surpassed the ability of my pen to write, and so my tears took up where my pen left off.

It’s better to just not go there.

But this morning I couldn’t avoid the case of Philando Castile. He grew up in St. Paul, Minn. He worked in an elementary school there. He was pulled over by the cops for having a busted tail light. We don’t know all of what happened next, but he was shot and killed. And then this picture of him showed up on my twitter timeline. 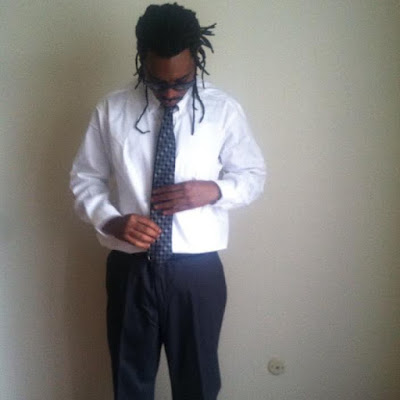 For over 20 years I worked at a non-profit in St. Paul that was focused on keeping kids out of the juvenile justice system. Because most of our clients were young black boys, a lot of our staff were young black men. When I saw that picture, I saw them.

Over the course of those 20+ years, it was those black male staff who taught me what it meant to really put your heart and soul into the work we were doing. They taught me what courage means when they told stories about what they had overcome to get where they were. They took the time to challenge my racism. Often they made me laugh. And most of all, they taught me something about what it means to be a black man in America. Any one of them could have been Philando Castile.

I remember one of them with dreads just like Philando telling me about how he had gotten pulled over by cops 4 times in the last couple of months for nothing – one time his car was full of young black boys he was working with. That’s what really pissed him off…the message it was sending to them.

I also remember talking to a black mother I worked with. She casually told me the story of how she made her 13 year old son cut off his dreads because they made him a target for the police. What struck me was the difference between what it meant to be the mother of a white son vs. a black son. These are the kinds of things the latter have to think about…lest their son wind up like Philando.

As I pondered all this it struck me that I am experiencing just a tiny fraction of what it means to be the mother of a black son right now. Of course I don’t really know the depths. But I got a glimpse of it as I thought of all those young black men I admire so much who do what they do every day knowing what it means to be a black man in America. So I cry and I grieve for them…and Philando.