* I’d like to start with one quick note about the Washington Monthly’s holiday fundraising drive. We all know that you’re busy and that it is hard to scrape together extra coins with all the demands on your money these days. But we also hope you recognize that, as the shock of our recent election hit, we’ve been here for you. In a lot of cases, that has meant more than just reporting on what’s happening. It’s also meant feeling it with you and doing our best to scope out a way forward. If that has been important to you over these last few weeks, I hope you’ll take a moment to let us know by making a tax deductible contribution. Thank you!

* Even construction industry lobbyists are starting to recognize that Trump’s infrastructure proposal isn’t likely to see the light of day. But Tim Alberta suggests that the House Freedom Caucus might not be as adverse to such a massive government spending program as one might assume.

Consider Trump’s stated intention to seek a $1 trillion dollar infrastructure package soon after taking office. At a conservative forum one week after the election, Labrador told reporters that any such bill “has to be paid for” with spending cuts or revenues from elsewhere, “and if Trump doesn’t find a way to pay for it, the majority of us, if not all of us, are going to vote against it.” Otherwise, conservatives reasoned, it would be no different than the Obama stimulus package they once railed against. But their thinking has shifted in the weeks since. According to several members, there has been informal talk of accepting a bill that’s only 50 percent paid for, with the rest of the borrowing being offset down the road by “economic growth.” It’s an arrangement Republicans would never have endorsed under a President Hillary Clinton, and a slippery slope to go down with Trump.

Here’s the deal: if neither VP-Elect Pence nor Senate Majority Leader McConnell nor House Speaker Ryan are willing to take the lead on an infrastructure bill, how does it get done? So perhaps members of the HFC know that there is no point in putting a lot of energy into fighting something that isn’t likely to happen.

* Senate Minority Leader Schumer is smart enough to have figured all that out. That’s probably why he gave the idea a big death hug.

“We think it should be large,” Schumer told ABC News’ Jon Karl and Rick Klein during their “Powerhouse Politics” podcast. “He’s mentioned a trillion dollars. I told him that sounded good to me.”

* In the era of Cabinet members who are committed to undermining the agencies they have been nominated to lead combined with an all-out assault of science and data, these two stories probably represent a pattern that is beginning to emerge. First, there’s this one on government climate data:

Alarmed that decades of crucial climate measurements could vanish under a hostile Trump administration, scientists have begun a feverish attempt to copy reams of government data onto independent servers in hopes of safeguarding it from any political interference.

The efforts include a “guerrilla archiving” event in Toronto, where experts will copy irreplaceable public data, meetings at the University of Pennsylvania focused on how to download as much federal data as possible in the coming weeks, and a collaboration of scientists and database experts who are compiling an online site to harbor scientific information.

The White House is encouraging researchers to copy government data on Obamacare out of concern that President-elect Donald Trump might hit the delete key when he takes office.

Spooked by Trump’s rhetoric and pledge to repeal Obamacare, several dozen independent researchers are racing to download key health care data and documents before Jan. 20. They say they began the effort on their own, and then got a boost from Jeanne Lambrew, the White House’s top health reform official, who also sounded alarms the new administration might expunge reams of information from public websites and end access to data, researchers told POLITICO.

* I recently noted that the plan to repeal Obamacare might be Paul Ryan’s way to move on privatizing Medicare and block-granting Medicaid to states. Jacob Leibenluft and Edwin Park from the Center for Budget and Policy Priorities warn us about that as well. First, they note that most of the savings from a repeal of Obamacare will go to regressive tax cuts for the wealthy. 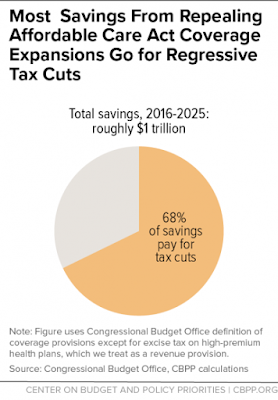 That leads to this scenario when/if Republicans take up the task of actually replacing Obamacare.

Without the benefit of new revenues (which Republicans have consistently taken off the table) and with many of the most politically acceptable spending cuts in the health area already having been enacted in the ACA and other recent health legislation, Republicans will need to seek a new source of savings to replace the coverage provisions that would disappear as a result of repeal…

This dynamic could create pressure to enact measures, such as those included in past Republican budgets, to radically restructure and cut Medicaid and Medicare.

* If your faith in humanity has taken a hit lately, you’ll want to watch this as a way of restoring it just a bit. But fair warning: grab a kleenex first.

* Finally, today is the winter solstice. That means that we’ll have the shortest daylight of the year. But on the bright side…it just gets better every day from here on. One of the items on my bucket list is to someday have this view while watching the sun set on winter solstice. 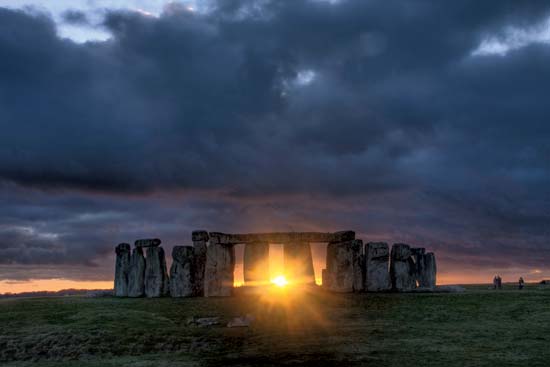