On this day when we celebrate the birth of Martin Luther King, Jr., it is common practice for a lot of us to quote the one thing he said that deeply resonates with us. I’ll make no bones about it, for me it was his words at the memorial service for the four little girls who were killed in the bombing of the Sixteenth Street Baptist Church in Birmingham (now a national monument thanks to President Obama). Speaking of those four little girls, here’s what MLK said:

Rather than point the finger solely at the bombers, King said that the death of these little girls had something to say to all of us. It was, on the one hand, a message of accountability. But with that comes a message of empowerment to “We The People,” who must substitute courage for caution.

* That is the same message President Obama was sending at the 50th anniversary of the march in Selma.

Because Selma shows us that America is not the project of any one person. Because the single-most powerful word in our democracy is the word “We.” “We The People.” “We Shall Overcome.” “Yes We Can.” That word is owned by no one. It belongs to everyone.

* “We The People” embodies the most radical of political faiths – democracy.

If the ideals Alinsky espouses were actualized, the result would be social revolution…In the first chapter it was pointed out that Alinsky is regarded by many as the proponent of a dangerous socio/political philosophy. As such, he has been feared — just as Eugene Debs or Walt Whitman or Martin Luther King has been feared, because each embraced the most radical of political faiths — democracy.

* It is the same message Martin just echoed when he wrote, “We Chose Whether Trump is Legitimate.”

The question shouldn’t be whether Trump was elected legitimately but who wants to go along with his program?

* It is also embedded in what Josh Marshall warned against today in his article, “The Case for Not Being Crybabies.”

I’ve been surprised at the extent to which right-thinking people are all but threatening themselves with what Trump might do to, collapsing into their own sense of powerlessness. Maybe he’ll jail his opponents! Maybe he’ll call off the 2018 election! Here it is worth remembering things we learned from the campaign. Trump’s one true gift is his ability to get his critics to surrender up their own dignity somehow of their own free will. That is just what he is trying to do to the press at this moment. It’s no different from the dominance politics he played on his opponents in the GOP primaries.

* The resistance of “We The People” is beginning to take form in art. 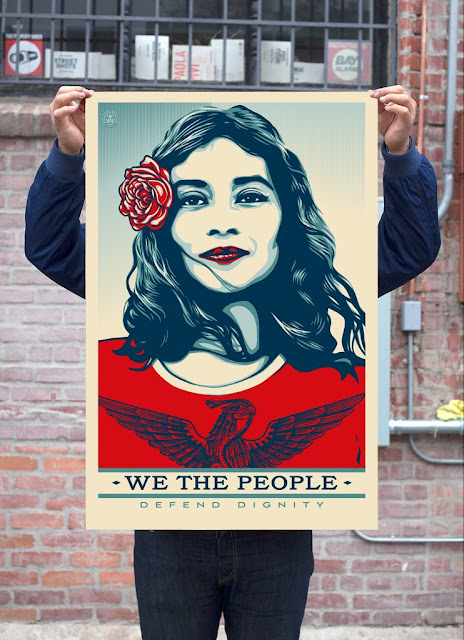 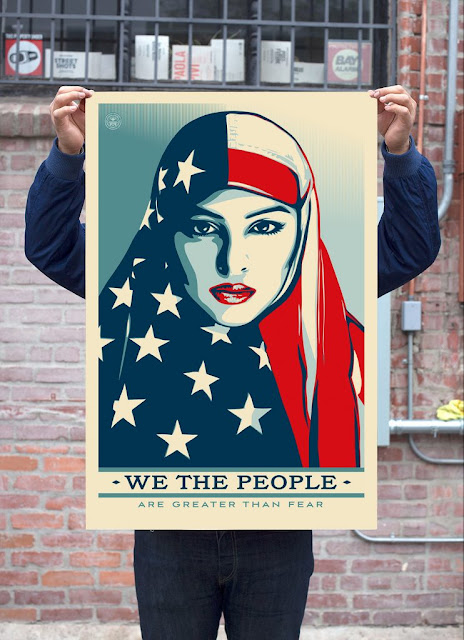 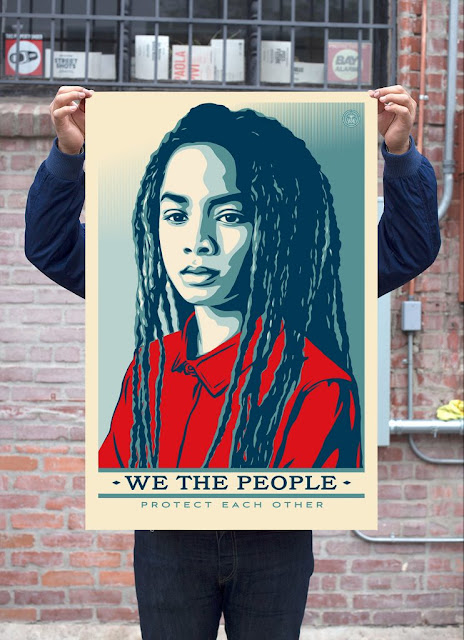 * The resistance of “We the People” is beginning to take form in music.