* The fact that Trump lied about Obama ordering a wiretap on Trump Tower has been confirmed.

The Republican chairman of the House Intelligence Committee, who has been one of the few defenders of Trump’s claims, made clear Tuesday that there is zero evidence to suggest Trump Tower was wiretapped.

“I don’t think there was an actual tap of Trump Tower,” said Nunes (Calif.). He added that if you are taking Trump’s tweets literally — which he said you shouldn’t do — then “clearly the president was wrong.”

So we’re back to the old question of whether or not we should take the President of the United States literally.

* Just in case you had any remaining doubts about whether or not AG Sessions is a liar, this should take care of that:

* Byron York is practically crying in his beer over the way poor Trump has been victimized by that dastardly Congress.

Now, however, in the middle of his first 100 days in office, Trump has gotten bogged down in a complex, time-consuming, and unpopular fight over another issue — repealing and replacing Obamacare — that, while a key Republican priority and a Trump campaign promise, is not at the very top of the public’s concerns.

New to Washington and with no experience in public office, Trump has become a prisoner to the House Republican leadership — or more precisely, to the complicated procedural requirements of the House and Senate, and the judgment of the GOP leadership that must operate within those boundaries.

* A lot of people have been calling on Congressional Republicans to denounce Rep. Steve King for his racist tweet and comments. In case you have forgotten, Rep. Steve Scalise is the House Majority Whip. Back in 2002, he spoke to a summit of white supremacists and neo-Nazis in Louisiana and said he was “like David Duke without the baggage.” That didn’t stop Republicans from putting him in a leadership position. As the saying goes, it seems to be a feature, not a bug.

* Finally, as he did every year while president, Barack Obama published his 2017 NCAA Basketball Championship brackets. The announcement via the Obama Foundation came with a quote from Solomon in St. Louis. And of course, it ties sportsmanship to citizenship.

When I think about citizenship, I think about sportsmanship. The game, whether on the field of play or in real-life, is more productive and more enjoyable when everyone has the opportunity to play, grow and succeed. A good sport, along with a good citizen, knows the main objective has nothing to do with the day’s score, but the willingness of people to continue playing no matter the outcome of a single contest.

We might add that, when it comes to Obama, neither citizenship nor basketball is a spectator sport. 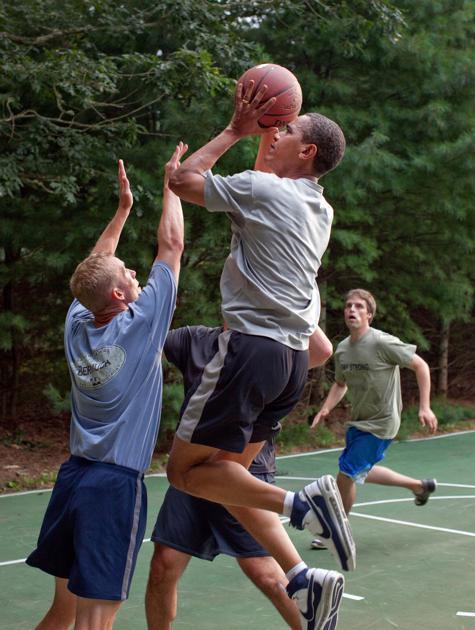