* There are a limited number of options available to explain Trump’s behavior recently. Eric Levitz lays it out.

Let’s say Trump knows he is guilty of nothing, and that the special prosecutor’s investigation will inevitably exonerate him.

Wouldn’t that make this behavior just as — if not more — concerning?

Either the president is acting erratically, due to a rational fear of what Mueller’s probe may reveal, or else he is suffering from an obsessive disorder that renders him helplessly self-destructive. Trump has stomped all over the naïveté defense. All that remains is the insanity plea. To plausibly deny that the president is a criminal, Republicans must stipulate that he’s out of his mind.

Which is to say: There is no credible explanation for Trump’s conduct that is compatible with the idea that he is fit for high office.

* Paul Waldman put it this way:

In an ordinary scandal, you have some initial set of misdeeds, and then possibly a coverup that adds more misdeeds that could themselves be criminal. In the Russia scandal we could have those two sets of actions, but on top of them we have a paranoid, infantile president seemingly determined to put himself in ever-greater political and legal jeopardy. The more we learn about how deep Mueller’s investigation is reaching, the higher the chances that Trump will, in a moment of rage, order Mueller to be fired. If you think things are dramatic and absurd right now, just wait — it’s going to get worse.

* I’m not in the mood to make fun of Kellyanne Conway today. She is simply trying to f*ck with our minds by pretending like the guy she works for hasn’t spent his entire career attacking people personally.

.@KellyannePolls: You can't attack people personally, rather than on policy, and think tragedies like the Virginia shooting won't happen pic.twitter.com/bKG56n6S1H

“What you have lived through for 2.5 long years is the most systematic, deliberate obstruction-of-justice cover-up and effort to avoid the truth we have ever seen in American history,” he said…

Ultimately, Gingrich’s House charged Clinton with obstruction of justice, as stated in Article III of the House Judiciary Committee’s report that urged his impeachment: “Although, the actions of President Clinton do not have to rise to the level of violating the the federal statute regarding obstruction of justice in order to justify impeachment, some if not all of his actions clearly do.”

* Ron Brownstein says that Republicans are engaging in a risky strategy.

In the week since fired FBI Director James Comey leveled his explosive charges at the president, Capitol Hill Republicans have followed a two-track response. With virtual unanimity, they have insisted that even if Trump did everything Comey alleged, the behavior does not warrant criminal action or impeachment. And simultaneously, while the Trump-Comey confrontation has monopolized media attention, both chambers have advanced deeply conservative policy proposals—with House Republicans voting to repeal the major financial regulations approved under former President Barack Obama, and Senate Republicans working in private toward a plan to repeal Obama’s Affordable Care Act.

Both of these responses rest on the calculation that Republicans can best avoid losses in 2018 by mobilizing their base supporters, no matter how other voters respond to their actions. But the choice to aim their governing decisions at such a narrow spectrum of Americans could magnify the risks facing Republicans in 2018—and, for that matter, Trump in 2020. As Trump’s presidency careens through increasingly turbulent waters, congressional Republicans are lashing themselves ever more tightly to its mast.

* Ramsey County Attorney John Choi knew it would be an uphill battle when he charged police officer Geronimo Yanez with one count of second-degree manslaughter and two counts of reckless discharge of a firearm in the shooting death of Philando Castille. Today, after 27 hours of deliberation over 5 days, the jury found Yanez not guilty on all counts.

Rest in peace, Philando. Our justice system is terribly flawed, but that will never be a reflection on the life you lived so well. 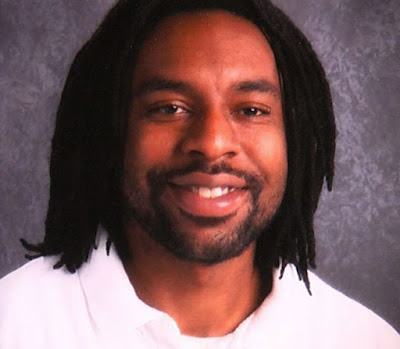 * Finally, this is the ear worm that has been playing in my head all week. I think it’s obvious why.