Most of the discussion on the left about what Democrats should do going forward has focused on how they can persuade Trump (or Romney) voters to support them. One person who is going in a whole different direction is Steve Phillips, author of the book Brown Is the New White: How the Demographic Revolution Has Created a New American Majority.

I suspect that you can guess where he’s focused based on that title. But regardless of whether or not you agree with his overall point, he is spot on when he says that midterm elections aren’t about persuasion, but mobilization. That is essentially what Archie Parnell did in the special election in South Carolina’s 5th district with regards to African American turnout. He didn’t win that race, but lost by only 3 percent in a district that is rated R+9, and in which Donald Trump actually improved on the margins of Mitt Romney and John McCain.

A recent report by Phillip’s organization, Democracy in Color, presents some compelling data about what happened in 2016. Here is how they document the problem with African American mobilization in two states that have gotten a lot of attention: 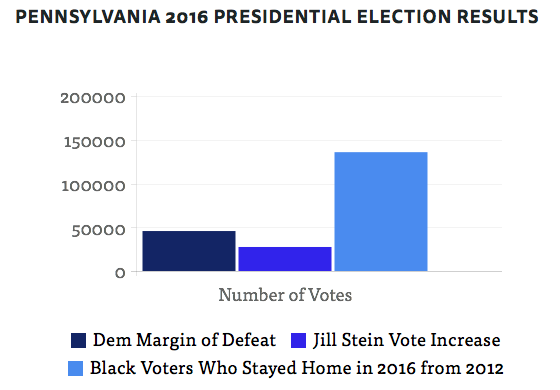 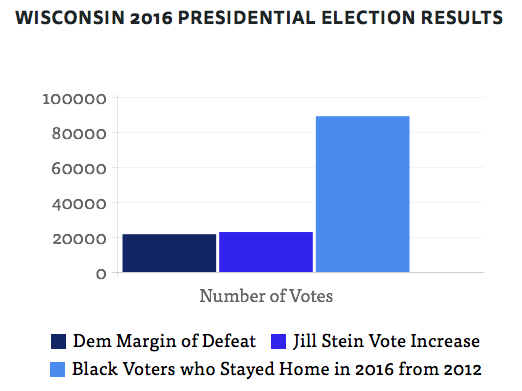 In other words, if African American voters had the same turnout in those two states in 2016 as they did in 2012, Hillary Clinton very likely would have won both of them.

That wouldn’t necessarily address the problems we’ve seen in gerrymandered House districts or state legislatures, but it could be huge for governors races. That’s where the report points to some interesting possibilities in 2018.

You might want to keep an eye on Stacey Abrams, Andrew Gillum and David Garcia. We often hear questions about where the next generation of leadership might come from in the Democratic Party. These are three potential candidates to fill those shoes. And they all happen to be running for governorships in states that are either officially swinging or on the cusp of doing so because of changing demographics. With candidates like that and some serious voter mobilization in communities of color, Democrats could revive talk about what an “Obama coalition” would mean for the future.