* In their behind-the-scenes recap on what happened to McConnell’s health care bill, the Washington Post reports this:

A lobbyist close to Senate Republicans said the [CBO] score was a devastating blow to McConnell. Senators felt they had been “sold a bill of goods,” the lobbyist said, and had expected the Senate bill to have greater distance from the House bill.

“It knocked the wind out of all the sails,” said a GOP aide.

Why did the scoring come as such a shock? Because McConnell thought he could use some complicated math to stall reductions in Medicaid spending so that the hits would come more dramatically outside the 10 year CBO scoring window. Obviously that trick didn’t work as well as McConnell had hoped. But Sen. Ron Wyden asked CBO to score the cuts for an additional 10 years to capture what would happen. That report was released today and things get even worse. By 2036 Medicaid would be reduced by a third. 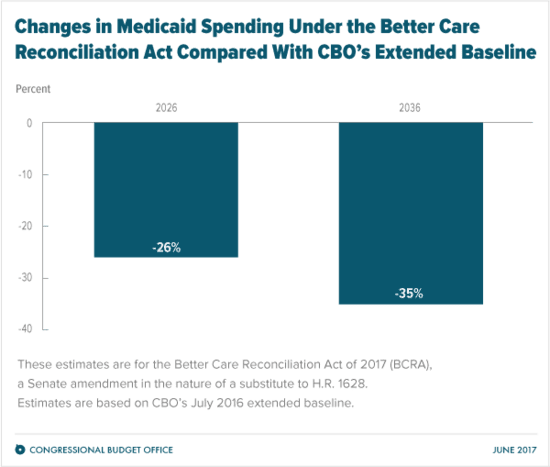 * For years Republicans struggled with a replacement plan for Obamacare because the only thing that would work as well as Obamacare was something very similar to Obamacare. Now, as they struggle to negotiate towards a bill that doesn’t decimate the health insurance of millions of Americans, they’re considering things that make BCRA more like Obamacare.

Republican Senator Bob Corker said Thursday that he expects GOP leaders to scrap a provision in their health bill that would repeal a tax on investment income that affects high-income earners.

The Tennessee Republican said the decision to retain Obamacare’s 3.8 percent tax on net investment income would help Republicans boost subsidies for low-income people in the individual exchanges. Some other Republicans said they were willing to at least consider the idea.

After eight months of grinding urban warfare, Iraqi government troops on Thursday captured the ruined mosque at the heart of Islamic State’s de facto capital Mosul, and the prime minister declared the group’s self-styled caliphate at an end.

Iraqi authorities expect the long battle for Mosul to end in coming days as remaining Islamic State fighters are bottled up in just a handful of neighborhoods of the Old City.

The seizure of the nearly 850-year-old Grand al-Nuri Mosque — from where Islamic State proclaimed the caliphate nearly three years ago to the day — is a huge symbolic victory.

The Pentagon is putting the final touches on a promised new counter-Islamic State strategy for Syria and Iraq, and it looks very much like the one the Obama administration pursued, according to senior defense officials.

The core of the strategy is to deny territory to the militants and ultimately defeat them, and to stay out of Syria’s civil war pitting the Syrian government of President Bashar al-Assad, Iran and Russia against domestic opposition forces.

* Charles Blow says that Trump is obsessed with Obama.

Trump wants to be Obama — held in high esteem. But, alas, Trump is Trump, and that is now and has always been trashy. Trump accrued financial wealth, but he never accrued cultural capital, at least not among the people from whom he most wanted it.

Therefore, Trump is constantly whining about not being sufficiently applauded, commended, thanked, liked. His emotional injury is measured in his mind against Obama. How could Obama have been so celebrated while he is so reviled?

While he makes a great point, I might have written that a bit differently. Trump is obsessed with himself. Obama is someone who—simply by being who is he is—poses a threat to Trump’s ego. You can read what Joshua Grubbs says about how narcissists handle ego threats. Here is the heart of it:

All available evidence suggests that narcissist are quite literally incapable of ignoring ego threat. They literally can't let it go. (16/?)

* Finally, my latest favorite in the garden is Lantana because of their multi-colored bursts. Here are the first blooms on a plant I potted last week. 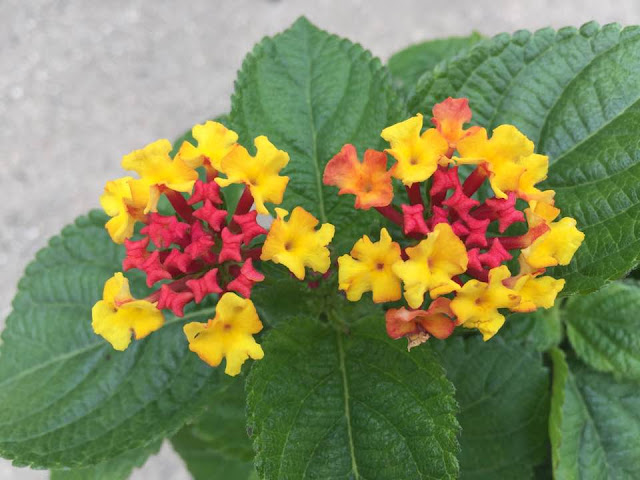