* During his interview with the New York Times, Trump couldn’t help engaging in a little braggadocio.

This health care is a tough deal. I said it from the beginning. No. 1, you know, a lot of the papers were saying — actually, these guys couldn’t believe it, how much I know about it. I know a lot about health care.

That was after he said this, proving that he doesn’t know anything about health care.

So pre-existing conditions are a tough deal. Because you are basically saying from the moment the insurance, you’re 21 years old, you start working and you’re paying $12 a year for insurance, and by the time you’re 70, you get a nice plan. Here’s something where you walk up and say, “I want my insurance.” It’s a very tough deal, but it is something that we’re doing a good job of.

* If you’re having trouble keeping up with all the Republican health care bills and their CBO scores, here’s my advice:

If you can’t keep up with all these bills, just remember that any of them will mean that over 20 million will lose their health insurance. https://t.co/X8Tm2b1IwF

* Do you think that perhaps Trump’s national security team is getting a bit frustrated with their boss?

President Donald Trump’s persistent overtures toward Russia are placing him increasingly at odds with his national security and foreign policy advisers, who have long urged a more cautious approach to dealing with the foreign adversary.

The uneasy dynamic between the president and top aides has been exacerbated by the revelation this week of an extended dinner conversation between Trump and Russian President Vladimir Putin at the recent summit in Germany. The previously undisclosed conversation, which occurred a few hours after their official bilateral meeting, raised red flags with advisers already concerned by the president’s tendency to shun protocol and press ahead with outreach toward Russia, according to two U.S. officials and three top foreign officials…

The three foreign officials who have spoken with top Trump advisers described a disconnect, or “mixed signals,” between Trump and his team over Russia, highlighting a lack of a clear policy. U.S. officials echoed that sentiment, with one saying diplomats and intelligence officials were “dumbfounded” by the president’s approach, particularly given the evidence of Russia’s election meddling.

* Paul Manafort is in it up to his eyebrows.

Financial records filed last year in the secretive tax haven of Cyprus, where Paul J. Manafort kept bank accounts during his years working in Ukraine and investing with a Russian oligarch, indicate that he had been in debt to pro-Russia interests by as much as $17 million before he joined Donald J. Trump’s presidential campaign in March 2016.

The money appears to have been owed by shell companies connected to Mr. Manafort’s business activities in Ukraine when he worked as a consultant to the pro-Russia Party of Regions.

* The Mueller team is on it.

The U.S. special counsel investigating possible ties between the Donald Trump campaign and Russia in last year’s election is examining a broad range of transactions involving Trump’s businesses as well as those of his associates, according to a person familiar with the probe.

FBI investigators and others are looking at Russian purchases of apartments in Trump buildings, Trump’s involvement in a controversial SoHo development in New York with Russian associates, the 2013 Miss Universe pageant in Moscow and Trump’s sale of a Florida mansion to a Russian oligarch in 2008, the person said.

* That’s probably why shirts like this are all the rage these days. 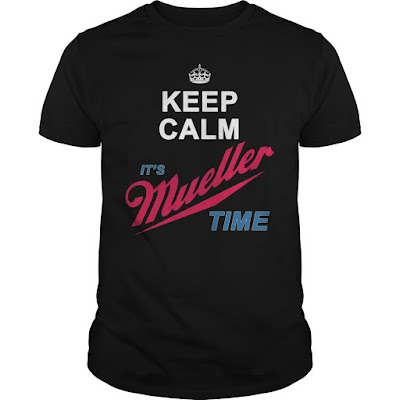