* The sequence of events began this morning with a tweet from Trump.

President Trump has decided to remove Anthony Scaramucci from his position as communications director, three people close to the decision said Monday, relieving him just days after Mr. Scaramucci unloaded a crude verbal tirade against other senior members of the president’s senior staff.

* Why was Scaramucci fired?

sources also say POTUS & fam did not appreciate how A.S. comments linked them to vulgarity. Like to play rough but not be laughed at/embrsd

* As is often the case with this administration, I’ll give a trigger warning for the foul language, but that excuse is preposterous.

By all means, grab 'em by the pussy, but never suck your own cock. https://t.co/3EgrISROlu

* Meanwhile, the Mooch isn’t the only one with egg all over his face today. How about Boris Epshteyn of Sinclair Media, who was singing Scaramucci’s praise just 3 days ago?

* Here’s how we’ll end this portion of today’s drama:

no chaos
no chaos

In case that doesn’t ring any bells, here’s the source.

* In other news, will Kelly’s days be numbered once his boss finds out about this?

New White House chief of staff John Kelly was so upset with how President Donald Trump handled the firing of FBI Director James Comey that Kelly called Comey afterward and said he was considering resigning, according to two sources familiar with a conversation between Kelly and Comey.

Both sources cautioned that it was unclear how serious Kelly, then the secretary of homeland security, was about resigning himself.

“John was angry and hurt by what he saw and the way (Comey) was treated,” one of the sources said.

* Just in case that’s not enough GOP schadenfreude for today, there’s this:

The immigration policies that elevated former Sheriff Joe Arpaio to fame were the same that would ultimately lead to his political demise, and now have convicted him of a federal crime.

The sentencing phase will begin Oct. 5. Arpaio faces up to six months in confinement, a sentence equivalent to that of a misdemeanor.

As a reminder, the co-chair of Trump’s “Election Integrity Commission,” Kris Kobach, is the one who trained Sheriff Arpaio’s officers in immigration enforcement. Just sayin…

* Finally, to give you some idea of how I spent my summer vacation, here is a picture of our view one day when the fog over Lake Superior persisted well into the afternoon. 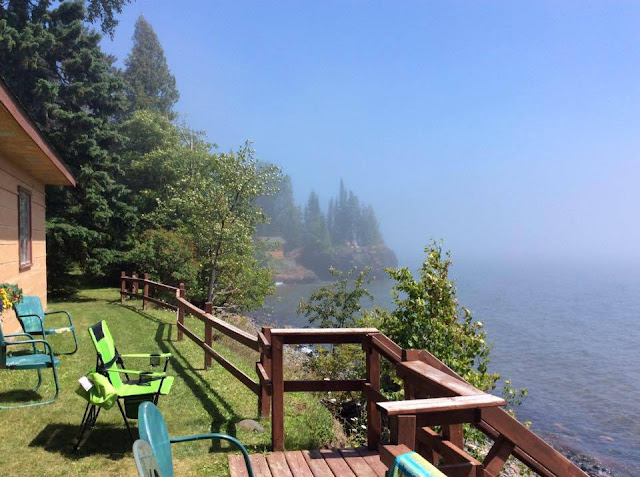