* Building on something Martin wrote last week, Noah Feldman—a professor of constitutional and international law at Harvard University—says that Trump is considering a move that would break his oath of office.

Having failed to repeal the Affordable Care Act, President Donald Trump is now stating openly that his plan is to let Obamacare fail instead. Although the end result may be the same, there’s a vast difference between these two options, constitutionally speaking. Repeal is a normal legislative initiative, completely within the power of Congress and the president. But intentionally killing a validly enacted law violates the Constitution’s order that the president “shall take care that the laws be faithfully executed.”

Trying to destroy the law through nonenforcement isn’t just a normal exercise of presidential discretion. It’s a subversion of the legal process and a violation of the president’s oath of office. And it’s one that could potentially, if controversially, end up in court.

* Staking out a claim for criminal justice reform as a key component of the Democratic message, Sen. Cory Booker introduced the most comprehensive marijuana legalization bill in this country’s history.

Sen. Cory Booker on Wednesday introduced legislation that would legalize marijuana, expunge federal marijuana convictions and penalize states with racially-disparate arrest or incarceration rates for marijuana-related crimes. The changes are aimed at undoing some of the harm the nation’s decades-long war on drugs has inflicted on poor and minority communities.

But Booker’s bill would go considerably further. It would withhold some criminal justice funding from states that haven’t legalized marijuana if they exhibit racially disproportionate arrest or incarceration rates…

Funds withheld from states would be put toward a federal “Community Reinvestment Fund” that would receive a separate $500 million in appropriations annually. The fund would be used to “establish a grant program to reinvest in communities most affected by the war on drugs.” It would cover job-training programs, criminal re-entry assistance, public libraries and community centers, youth programs, and health education.

* A lot of conservatives are convinced that, with Kelly as Chief of Staff, Trump will finally complete that long awaited pivot.

The Mooch comes, the Mooch goes, but the real news, the good news, is that there is now going to be order in the court of Donald Trump.

By agreeing to the wish of new chief of staff Gen. John Kelly that Anthony Scaramucci vacate the premises, President Trump sent a dramatic signal of his personal commitment to changing the ways of his White House.

Other changes are sure to follow in the coming days. There likely will be no more open-door Oval Office gabfests and no more kibitzers loitering in the hallways hoping to catch the president’s eye and scramble his schedule. Oh, and leakers will meet a firing squad at dawn on the White House lawn.

The battle to advance the Trump agenda will be waged in smart, disciplined fashion under a retired four-star general from the Marine Corps.

And not a moment too soon.

* Speaker Paul Ryan wasn’t the only one talking about Trump’s wall today.

The Department of Homeland Security on Tuesday said that it would use its authority to exempt the agency from having to comply with environmental and other laws in its efforts to build border walls and access roads in the San Diego area.

The waiver would apply to the construction of several wall prototypes the agency plans to build in the region in response to an executive order signed by President Trump in January.

* In addition to the San Diego area, DHS is planning to build the first segment of the wall through the Santa Ana National Wildlife Refuge.

The 2,088-acre Santa Ana refuge, located along the Rio Grande south of McAllen, Texas, is considered one of the nation’s top bird-watching sites, with more than 400 species of birds. The refuge is also home to two endangered wildcats — the ocelot and jaguarundi — and some of the last surviving stands of sabal palm trees in South Texas. 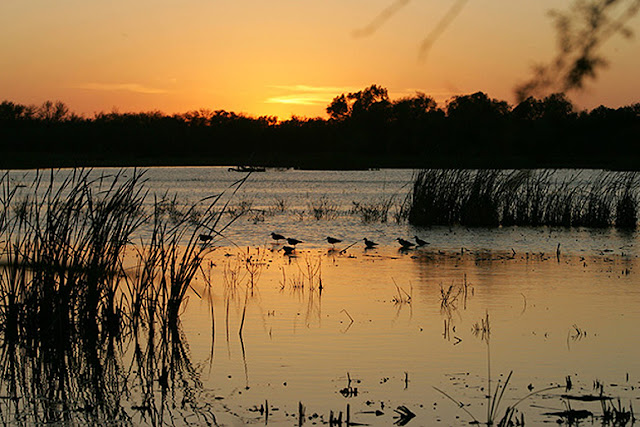 As Power Of Peace’s title indicates, there’s a thematic chord to the 13-song set (culled from 16 recorded during a four-day session), with carefully chosen covers of timely peace-and-love-themed songs by the Chambers Brothers (“Are You Ready,” “Love, Peace, Happiness”), Stevie Wonder (“Higher Ground”), the Impressions (“Gypsy Woman”), Marvin Gaye (“Mercy Mercy Me (The Ecology)”, Bacharach (“What The World Needs Now is Love Sweet Love”), Sy Miller and Jill Jackson’s “Let There Be Peace On Earth” and more. “The theme is spiritual divine medicine to counter the fever pitch fear that’s permeating this planet right now,” Santana explains. “Every era has its songs, whether it’s Pete Seeger or Bob Dylan or Bob Marley or Curtis Mayfield, to help alleviate the condition of brutality and war.