Democratic politicians are beginning to embrace the idea of single payer health insurance as polls indicate that the public is increasingly supportive of the idea. Both the Kaiser Family Foundation and Pew Research have recent polling which demonstrates that Americans (especially Democrats) favor the idea. 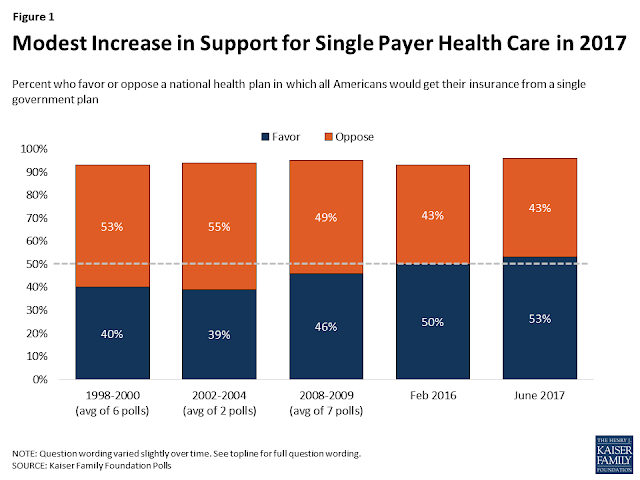 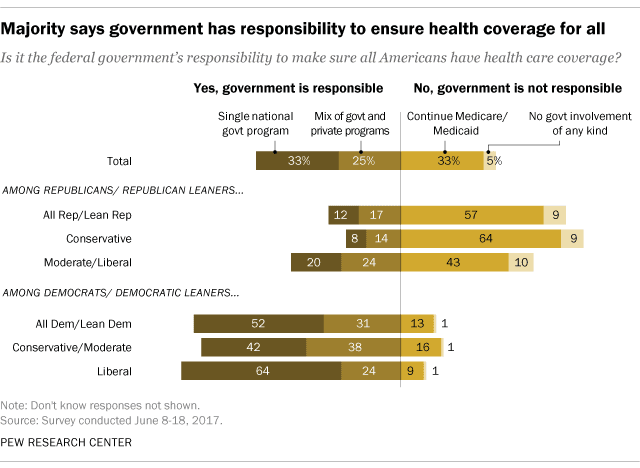 There are some who are even suggesting that support for single payer should be a litmus test for Democratic candidates. But in an article which goes into more depth on the kinds of questions I suggested recently, Joshua Holland writes that we should consider the issue of “loss aversion” when looking at this kind of polling.

The most important takeaway from recent efforts to reshape our health-care system is that “loss aversion” is probably the central force in health-care politics. That’s the well-established tendency of people to value something they have far more than they might value whatever they might gain if they give it up. This is one big reason that Democrats were shellacked after passing the Affordable Care Act (ACA) in 2010, and Republicans are now learning the hard way that this fear of loss cuts both ways…

Don’t be lulled into complacency by polls purporting to show that single payer is popular—forcing people to move into a new system is all but guaranteed to result in tons of resistance. And that’s not even considering the inevitable attacks from a conservative message machine that turned a little bit of money for voluntary end-of-life counseling into “death panels.” Public opinion is dubious given that nobody’s talking about the difficulties inherent in making such a transition.

You might remember that going into the negotiations over health care reform in 2009, polling showed that the Democrats had strong public support for their proposals.

Across a number of questions, the poll detected substantial support for a greater government role in health care, a position generally identified with the Democratic Party. When asked which party was more likely to improve health care, only 18 percent of respondents said the Republicans, compared with 57 percent who picked the Democrats. Even one of four Republicans said the Democrats would do better.

By the time ACA passed, 59 percent of Americans opposed it. That is what happens when a backlash is unleashed and loss aversion comes into play. As Holland notes, we’re now witnessing the flip side of that as Republicans threaten to repeal Obamacare.

The fight for a universal health-care system in the United States is now in its 105th year, and if we don’t admit that financing any kind of universal system is going to be especially difficult given how much we spend, or acknowledge the role that loss aversion plays in the politics of reform, then we’re going to fail again the next time we get a shot at it.

I previously noted that, when it comes to health care reform, Ezra Klein divided Democrats into two groups: incrementalists and transformationalists. He went on to suggest that the former support single payer, but don’t think it is politically possible. I disagreed with that assumption.

While I have typically favored an incrementalist approach, I have to disagree that when it comes to single payer, the main obstacle is whether or not it is politically possible. Most progressive achievements started off as politically impossible, that’s nothing new. The difference between incrementalists and transformationalists is in recognizing the length of the struggle and the importance of articulating the steps it will take to get there.

Perhaps it took a transformationalist like Bernie Sanders to put single payer on the map. But it will be up to the incrementalists to actually make it happen. That’s why my litmus test for any politician running on single payer will be whether or not they have a plan that addresses some of the questions raised by Holland.