We are now hearing the same thing in defense of monuments to people like Robert E. Lee. The line is that he was a decent and honorable man, as if that mitigates the fact that he led an army to fight for the preservation of slavery. A lot of people have struggled with the same question about people like Thomas Jefferson. Is he to be embraced for his vision of our founding principles? Or denounced because he owned slaves?

All of these quandaries start from the same misguided premise: that people can be neatly sorted into those who are good and those who are evil. I appreciate what Chauncey DeVega wrote about that.

It is easy to flatten history, in doing so to generate stories of evil men, barbarous and incomprehensible deeds, and frothing at the mouth villains. This is true when the history is personal and your people would have been the vanquished, the oppressed, the conquered, or the exiled. Ironically, the need to hold on to a fiction of two-dimensional monsters and evildoers is also true of those who are the present day descendants of the dominant, the winners, the exploiters, the “in-group,” and the conquerors.

By painting “those people” into a box where only the most wicked were racist, prejudiced, genocidal, chauvinist or the like, a safe distance is created between the present and the past. Cartoon visions of the past are very comforting for those on both sides of history’s accounting sheet: nuance is a shared enemy for those seeking simple and validating stories.

This is a point that Barack Obama made on the other side of the coin when talking about Rev. Jeremiah Wright during his speech on racism in 2008. He condemned Wright’s most incendiary comments, but went on to say this:

But the truth is, that isn’t all that I know of the man. The man I met more than 20 years ago is a man who helped introduce me to my Christian faith, a man who spoke to me about our obligations to love one another, to care for the sick and lift up the poor. He is a man who served his country as a United States Marine; who has studied and lectured at some of the finest universities and seminaries in the country, and who for over 30 years has led a church that serves the community by doing God’s work here on Earth — by housing the homeless, ministering to the needy, providing day care services and scholarships and prison ministries, and reaching out to those suffering from HIV/AIDS.

There were those (primarily on the right) who thought that Obama threw his own grandmother under the bus because they didn’t understand the point he was making when he said this:

I can no more disown [Wright] than I can disown my white grandmother — a woman who helped raise me, a woman who sacrificed again and again for me, a woman who loves me as much as she loves anything in this world, but a woman who once confessed her fear of black men who passed her by on the street, and who on more than one occasion has uttered racial or ethnic stereotypes that made me cringe.

I can identify with that last bit about his grandmother. My own Nana was a wonderful Christian woman. But she had been raised in Kentucky and very likely was taught the tenants of what we call “scientific racism,” which was meant to prove that blacks are an inferior race. As such, she said some incredibly racist things.

This line between good and evil is what W.E.B. DuBois was addressing back in 1928 when he wrote this about Robert E. Lee:

He followed Virginia not because he particularly loved slavery (although he certainly did not hate it), but because he did not have the moral courage to stand against his family and his clan. Lee hesitated and hung his head in shame because he was asked to lead armies against human progress and Christian decency and did not dare refuse.

I don’t say any of this to mitigate the evil of slavery and white supremacy. But that doesn’t give Trump an excuse to claim that people who might have done something good in their lives can’t be neo-Nazis and white supremacists—anymore than it means that my grandmother wasn’t a good person who held racist beliefs. 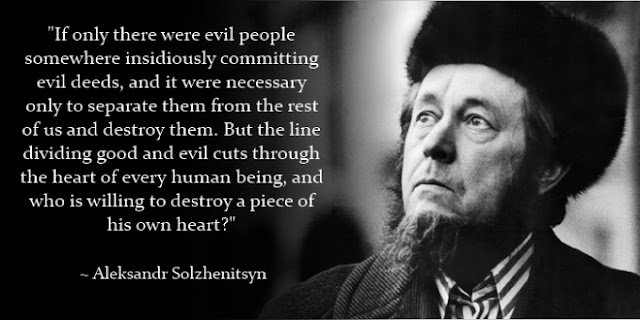 That is something we need to understand if we are ever going to come to grips with our history, as well as our present circumstances.