* This seems to be the big news from this afternoon:

A lawyer for President Donald Trump arranged a $130,000 payment to a former adult-film star a month before the 2016 election as part of an agreement that precluded her from publicly discussing an alleged sexual encounter with Mr. Trump, according to people familiar with the matter.

Michael Cohen, who spent nearly a decade as a top attorney at the Trump Organization, arranged payment to the woman, Stephanie Clifford, in October 2016 after her lawyer negotiated the nondisclosure agreement with Mr. Cohen, these people said.

Ms. Clifford, whose stage name is Stormy Daniels, has privately alleged the encounter with Mr. Trump took place after they met at a July 2006 celebrity golf tournament on the shore of Lake Tahoe, these people said. Mr. Trump married Melania Trump in 2005.

Anyone who saw the reports about what Trump said during interviews with Howard Stern would not find this the least bit surprising. We just didn’t know there were any payoffs for silence. The only real question is, “how many more were there?”

* At least one of Trump’s businesses seems pretty dependent on immigrants from those shithole countries.

The magazine’s Sheelah Kolhatkar reported that the 64 foreign workers expected to be brought in to help staff the club “tend to come from two countries, Haiti and Romania, according to someone who works at Mar-a-Lago as an employee of an outside contractor.”

* Trump doesn’t want to start a war with Iran…yet.

President Donald Trump is once again extending the Iran nuclear deal, but Trump will “terminate” the agreement unless Congress and European allies agree to strengthen it, Trump said in a statement Friday.

“This is a last chance,” Trump said. “[E]ither fix the deal’s disastrous flaws, or the United States will withdraw.”

Iran will never agree to this president’s demands, which are outlined in a White House memo, and the other countries that were part of the agreement have been clear that they have no interest in renegotiating the deal. To the extent that Trump means what he said, the nuclear collision is only temporarily delayed.

* I haven’t had a chance to read it yet, but this long-read from Ian Frazier comes very highly recommended: “What Ever Happened to the Russian Revolution?”

Since I’m not very well versed in white nationalist gang signs, I did some checking and found this interesting article about how the OK hand sign became an alt-right symbol.

Alt-right hero Milo Yiannopoulos likes to pose with the hand sign, as he did in this photo in front of the White House. Former Breitbart writer Mike Ma used it at an event celebrating Trump’s election. Jim Hoft and Lucian Wintrich of the conservative blog The Gateway Pundit, which leans alt-right, posed with it in the White House press room…

It’s unclear exactly how the OK symbol got started as an alt-right meme, but it may trace back to a version of “Smug Pepe,” a meme in which Pepe holds his chin. In one variation he’s instead making an OK hand gesture, reminiscent of Trump.

This specific Pepe started circulating in online communities of alt-right and Trump supporters in early 2015, according to Don Caldwell, a senior editor at Know Your Meme. 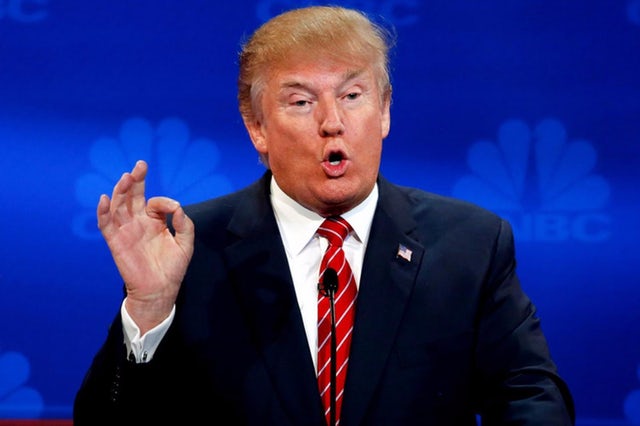 * Finally, here’s your shot of good news for the day:

The Bezos grant comes through TheDream.US, a scholarship fund for Dreamers. The organization, which is less than four years old, says this is the largest grant it has ever received. In partnership with more than 70 low-cost colleges in 15 states, TheDream.US offers individual students $33,000 in scholarship aid over four years to help them cover the cost of tuition, fees and books.

“My dad came to the U.S. when he was 16 as part of Operation Pedro Pan,” Bezos said in a statement. “He landed in this country alone and unable to speak English. With a lot of grit and determination – and the help of some remarkable organizations in Delaware – my dad became an outstanding citizen, and he continues to give back to the country that he feels blessed him in so many ways. MacKenzie and I are honored to be able to help today’s Dreamers by funding these scholarships.”

The scholar specializes in bridging differences in a democracy, which is just what the riven education world needs.