It is worth remembering what Donald Trump said about law enforcement during his speech at the 2016 Republican convention.

An attack on law enforcement is an attack on all Americans. I have a message to every last person threatening the peace on our streets and the safety of our police: when I take the oath of office next year, I will restore law and order our country.

I will work with, and appoint, the best prosecutors and law enforcement officials in the country to get the job done. In this race for the White House, I am the Law And Order candidate.

For a party that vacillated between being post-truth and post-policy, the mantra of “law and order” has always served as a dog whistle to the racists in their ranks, which effectively rallied the troops when Trump promised to crack down on “those people.”

The president is now deluding himself about garnering support from people of color by planning to give a speech on race relations in America. But reports suggest that his favorite white supremacist—Stephen Miller—will write the speech. That is most likely a recipe for disaster.

Meanwhile, Trump demonstrated that he bought into one of the most despicable conspiracy theories developed by right wingers when he tweeted that the 75-year-old protester who was shoved by law enforcement and left bleeding on the pavement was actually a set-up by an antifa provocateur. When asked to comment on that tweet, Republican senators once again took a walk of shame—with most claiming that they never saw it. At the Bulwark, Tim Miller let loose on his conservative colleagues.

These senators have ensconced themselves in a bubble where telling absurd lies rather than demonstrating basic decency is not only required to survive politically but is an actual moral requirement.

In their minds anyone who tries to burst this bubble is unsophisticated at best and a big old meany at worst. Okay, that last part’s not true. At worst, anyone asking Republican senators what they think about the Republican president’s tweets is in league with Antifa and is asking for a beating from some Albany cops. To be honest, you might even be Antifa just for reading this.

On the other hand, some of us got whiplash when Senator Tom Cotton—who just published an article calling for the military to use force to put down protesters—said this.

What the hell is happening? Could it be because polls now show that huge majorities of the country, including whites, believe that policing must change?

“In every survey, you see intensity, determination and unity among African-Americans that the time for statements is done and the time for meaningful, measurable action is now,” said Frank Luntz, a Republican pollster and messaging consultant. “The turning point is among white respondents, who not only acknowledge that injustice has happened, but now also agree that action, not words, are necessary.”

That has sent the party that has always relied on the “law and order” dog whistle scrambling. Majority Leader Mitch McConnell has turned the problem over to the one token black man among Republican senators, Tim Scott.

“We are still wrestling with America’s original sin,” Mr. McConnell told reporters on Capitol Hill. “We try to get better, but every now and then, it is perfectly clear we are a long way from the finish line. And I think the best way for Senate Republicans to go forward on this is to listen to one of our own who has had these experiences.”

He said that he had tasked the Republicans’ lone black member, Tim Scott of South Carolina, to lead a group of senators to draft a conservative response that they could get behind.

Here is what Scott is proposing.

Like the Democrats’ bill, Mr. Scott’s would make lynching a federal hate crime, allocate new funds to promote the use of police body cameras and potentially penalize those who do not use them, set up a national police commission study to determine the national best practices for policing and push law enforcement agencies to report more data on the use of force by officers.

But there were key differences as well, in line with a conservative philosophy that states and cities should have control over their forces. Mr. Scott said the Democrats’ legislation bordered on “a nationalization of some of the underlying issues or techniques” that he would reject. And he said that while he shared the goal of outlawing techniques like chokeholds and “no knock” warrants in drug cases, he preferred collecting data to better understand their use to Democrats’ proposed ban.

The first problem McConnell and Scott will face is that any bill will require a signature from the president who has been repeatedly tweeting the words “law and order.” Heading in to the November election, Trump is also the guy who wanted to continue to use fear-mongering attacks like this against his opponent. 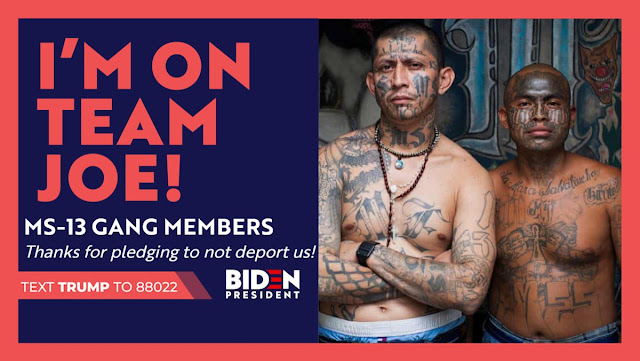 The proposal put forward by Senator Scott gives us a clue about the strategy congressional Republicans will use to defuse the moment and do nothing. He is calling for a national police commission to study the issue. Here is what a group of police chiefs recently wrote about that.

The problem is not that we lack a playbook for fixing the police. We have one. The problem is that we have not successfully followed the one we have.

Amid public outcry and violent unrest in 2014 and 2015, President Barack Obama convened what would come to be called the President’s Task Force on 21st Century Policing. The 11-member task force included civil rights attorneys, community activists, academics and police professionals who came together to develop specific recommendations and concrete steps for improving law enforcement and the relationship between the police and the community.

The task force’s final report in May 2015 outlined specific improvements that can make policing more just, safe, effective and constitutional — and work better for everyone.

In other words, “been there…done that.” Calling for yet another commission on police reform is nothing more than a stalling tactic that pushes any actual change out into the future, when Republicans hope that everyone has forgotten the events of the last two weeks.

When it comes to federal remedies, that is the bad news. On this issue, Republicans have returned to being the post-truth party that pretends to care about what is important to the American people, but does nothing to address their concerns. However, these are the images that will last.

“Everybody’s trying to shame us.” pic.twitter.com/T1ISTiZpEe

What we all witnessed was that the response of law enforcement to protests against police brutality was to engage in police brutality. They then attempted to claim that they were the ones being victimized. That was a demonstration of what Republicans mean when they talk about law and order, as Ezra Klein noted.

Over and over again, this idea of order is used to justify lawlessness on behalf of the state. The people advocating for that approach hide behind the fact that, for many people, it doesn’t look like lawlessness as long as the state is doing it. It doesn’t appear the same way as an anarchist in a black face mask throwing a brick. But when you look at those videos of cops just casually turning rubber bullets on people who are filming them, who are posing no threat to them — that’s just a crime.

The American people saw that when Republicans talk about “law and order,” they mean that the cops become lawless, leading to more disorder. The days when that slogan can be used as a winning political message are over.