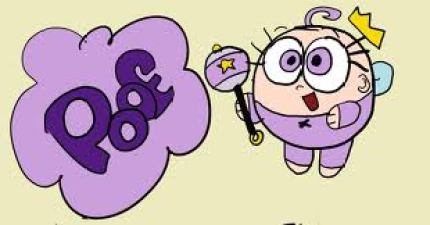 Niall Ferguson is a history professor who also gives paid lectures, including a notorious recent event where he made an offhand commend dissing John Maynard Keynes for being gay, marrying a ballerina, and talking about poetry. Ferguson later characterized his own remarks as “stupid.”

I blogged a bit about this already, but I just wanted to repeat one point, after reading a couple of comments by some observers who, I think, misunderstood his remarks, taking them more seriously than was appropriate.

For all of the brouhaha over Niall Ferguson, everyone is forgetting what Robert Skidelsky wrote in 1977, Skidelsky too it seems. I don’t agree with either the immigration study or with Ferguson (at all, in either instance), but the response has been a case study in…something or other. There is a glee and also a selectivity to it all which I am uncomfortable with, to say the least.

and this from Eric Alterman:

The best reason to doubt the sincerity of Ferguson’s retraction, however, is his complete lack of any compelling explanation of why he would wish to say such a thing in the first place. He was not drunk or high or on pain medication or even careless in his wording. None of the reasons that can sometimes lead us to say the opposite of what we mean—save perhaps mere sniveling hypocrisy and dishonesty—can be said to apply in this case.

I think the key is this bit from Oliver Berkeman (quoted by Alterman):

There are really only two options. One is that Ferguson didn’t believe what he said, but just says whatever he thinks his audience wants to hear; the other is that he believed it then and still believes it now.

I think it’s mostly the first option. Of course Ferguson says what his audience wants to hear. That’s part of being a public speaker. The trick is to avoid going over the line and saying something that you do not believe. Here’s a simple (but, I think, not unreasonable) model. Suppose you believe 25 things and you have time to say 10 things. Then you can choose the subset of 10 that you will think the audience will most like. But there is the temptation to throw in a couple other juicy bits of red meat that you think will make the crowd happy.

In this case, my guess is that Ferguson thought that a bit of Keynes-bashing would go over well at a conference of financial advisors. But what about the homophobia, the presumably irrelevant bits about ballet and poetry? Here I have no idea. This could be coming from Ferguson’s gut, he may have internalized the fag-bashing attitudes that we were all exposed to in junior high school. Or maybe it was a failed attempt on Ferguson’s part to be a “regular guy.” Maybe it’s a bit of Oxford/Harvard snobbery on Ferguson’s part, that he thinks that a room full of businessmen will respond well to not-so-subtle locker-room-style allusions to sissy stuff? This time, however, rather than establishing Ferguson’s street-cred as a real man, it just embarrassed him. In retrospect, he would’ve been better off with some Henny Youngman-style zingers.

I don’t think Ferguson’s remark was entirely an attempt to please the crowd. As Cowen, Alterman, and others point out, he has a history of personally smearing his political opponents and, in particular, of attributing Keynes’s political and economic attitudes to his sexuality. And, indeed, it’s completely reasonable for a historian to consider such connections. In this case, however, I don’t think Ferguson was making such explorations. The bits about ballet and poetry give it away. He was making an “us vs. them” move. And then, to his dismay, he found out that most people are on the side of “them.”

I completely understand why Ferguson called the move “stupid” and I have every reason to think he was sincere in his regret. I think the commenters quoted above didn’t completely understand this because they treated Ferguson’s original remarks as serious statements by a historian rather than an attempt a crowd-pleasing by someone who was unsuccessfully trying to act like a “regular guy.”

P.S. In answer to the natural question, Why do I care about this?, my response is that I see something of myself in pop-academics such as Ferguson, researchers who also write and speak for popular audiences. Ferguson is of course much more successful at that than I am, but I am aware of the tradeoffs involved in balancing scholarship and communication.