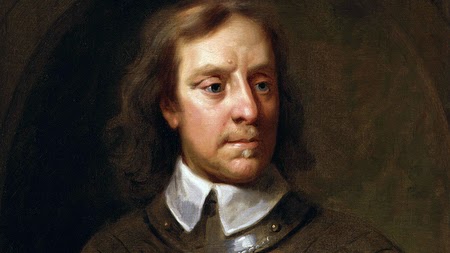 Since the government shutdown began, commentators have had plenty to say about the unprecedented, constitutional implications of today’s fight between the House of Representatives and the President. Nobody, however, has talked about an obvious historical parallel. The current dispute in Washington reminds me of the run-up to the English Civil War in the 17th century. Let’s hope that the outcome is not the same.

In 1625, King Charles I needed money for a war against Catholic powers fighting in the Thirty Years’ War. The House of Commons refused to accommodate him. Relations between King and Commons were characterized by deep distrust, following the pattern set in the reign of Charles’ father, a strong advocate of monarchical rights. One of the Commons’ main goals in refusing the new tax levy was simply to re-assert its traditional “power of the purse.” But the Commons also sought to hold the King’s money hostage for more ideological reasons, including attempts to codify fundamental rights and to press its opinion in disputes over the established church. The analogy to today’s House of Representatives, which is using the power of the purse to oppose the Affordable Care Act’s individual mandate, is clear. And, as in the present case, the upper house of Parliament, consisting of aristocrats loyal to the Anglican Church, tended to be more sympathetic to the king.

Charles had an option that President Obama can only dream about. He dissolved Parliament. For eleven years, he tried to run the government and prosecute his wars using only those revenues he could extract without Parliamentary approval. In other words, Commons had forced a partial government shutdown. It lasted for eleven years.

In 1640, Charles decided he could no longer run the government without new revenues sanctioned by Parliament. He recalled the body. Needless to say, the MPs were not pleased about their forced vacation. They passed bills requiring that the Commons meet at least every three years, and prohibited the body’s dissolution without their own consent. Although these are commonsense rules for a workable republic today, at the time they represented a major redistribution of constitutional power from the executive to the legislature.

After a series of ever more radical bills, including attempts to remove the king’s control of the army and the impeachment and execution of his favorite minister, Charles had had enough. He would have dissolved Parliament once again, but because the Commons no longer recognized this particular right of the executive, he was forced to use the army to disperse its members. Civil War was now inevitable, and it led eventually to Charles’ execution for treason in 1649.

What lessons does this dramatic story hold for today? As in 1629, we are at the start of a government shutdown forced by an unprecedented (well, unprecedented at least before 1995) use of the power of the purse to achieve both fiscal and ideological objectives. As in 1629, relations between the ‘Commons’ and the executive branch are deeply strained. Heels are being dug in, publicly, in a way that makes retreat and compromise difficult.

One key difference between England in the 1640s and America today is that we have a written constitution. That fact should protect us from the more extreme and unilateral forms of constitutional re-jiggering that were practiced by both sides in the English disputes of the 17th century. But, as many observers of this month’s events have pointed out, changing the precedents that are allowed within the letter of the constitution can tip the delicate balance of our three-headed government in dangerous ways. The House of Representatives is using its budget authority to give itself, not a line-item veto over new legislation, which is sometimes defensible, but line-item repeal power over laws that both houses of Congress have already passed and the President has signed. That this new practice has made American governance chaotic is clear. That it is fundamentally anti-democractic is a point that has been made by many (“one-half of one-third of the government….”).

My understanding of history tells me that the constitutional issues at stake today are not trivial, and that the ideologically-driven polarization between two branches of government is reminiscent of situations in history that have ultimately led to Parliamentary walk-outs or to political violence.

Let us hope we do not have our own Battle of Naseby.