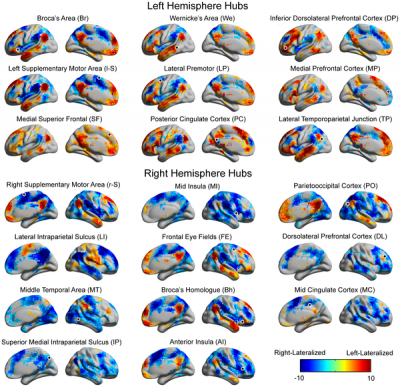 Last week I interviewed a self-proclaimed expert on the application of brain research to the classroom. Within minutes this person had mentioned the ideas of “mirror neurons,” and the “right and left brains.” Among brain scientists, both of these concepts have been widely criticized andundermined by current research.

Right and left-brain dominance, it can be stated flatly, does not exist. While it provides a wonderful metaphor for different intellectual styles and strengths-creative vs. logical, visual vs. verbal-a recent analysis of over a thousand subjects concluded that while certain functions are indeed localized to different sides of the brain, “our data are not consistent with a whole-brain phenotype of greater “left-brained” or greater “right-brained” network strength across individuals.”

Mirror neurons, meanwhile, were first observed in studies of monkeys’ motor cortexes. In the original experiment in the early 90s, the same neurons fired when the monkey picked up a banana, and when it watched an experimenter pick up a banana. Neurologist Vilayanur Ramachandran trumpeted the idea that mirror neurons were the key to empathy, learning by imitation, and even what makes us uniquely human, comparing their importance as a scientific discovery to that of DNA.

Mirror neurons have more recently been called the “most-hyped concept in neuroscience”, and a newreview of the literature concludes that there is far more that we don’t know about them than that we do. There are different types of cells with mirror properties in different parts of monkeys’ brains, and while they definitely activate with movements and observations of movements, there’s been no actual research results connecting them with emotions or with learning and no direct observation of their existence in humans.

I mention these two concepts not to pick on this expert, but to highlight the danger in rushing to apply any nascent science to classroom practice. A piece by neuroscientist Steven Rose published yesterday in Times Higher Education makes this same point.

The seductive appeal of those ubiquitous false colour images of the brain, showing the regions that “light up” when solving a maths problem or learning a new language, cannot be denied. They seem to offer a certainty that mere psychological or educational insights cannot. So it is unsurprising that neuroeducation is becoming a growth industry (a Google search records 50,900 hits for “neuroeducation” and 250,000 for “brain-based learning”).

The problem, as Rose argues, with neuroeducation is not only that much of the research is brand-new and constantly evolving. A little knowledge is a dangerous thing-all too often, preliminary discoveries or unproven theories take root and lead to bad practices. The best example would probably be learning styles. I have had students at the college, high school and middle school level tell me that they are “visual learners,” or “kinetic learners.” What they really mean is, “I’d rather watch a video than read something” and “I get fidgety when I’m bored.” Guess what? Pretty much everybody feels that way. And there is neither brain research to back up the “learning styles” idea, nor classroom research that supports the idea that presenting students with information in their preferred medium leads to faster acquisition. In fact, some studies show the opposite--that if you take students out of their comfort zone they end up learning more. Even Howard Gardner, whose theory of multiple intelligence is often cited as the basis for learning styles, calls the idea “not coherent.”

In general, “brain-based learning” doesn’t necessarily tell us anything useful, or non-obvious, about how to teach and how we learn. For example, brain science tells us that people learn better when they are well rested, had a good breakfast, get regular exercise, and feel safe and happy. So does common sense. Memories are formed through regular repetition and practice, and mnemonic devices like songs and rhymes can be good ways to encode them. Teachers have known this for decades or centuries-although the concept of “spaced repetition” may prove useful in accelerating memorization.

Brain science is wonderfully convincing and impressive to the layperson. The idea of basing education in science has been seductive to Americans since at least the 19th century. But you are not your brain, and as Rose writes, the more we focus on the brain the more we exclude the crucial social context of education.

By instrumentalising teaching instruments, by focusing on the brain and not the child or student, these advocates seem oblivious to the fact that both teaching and learning are not timeless and isolated activities but in their very essence socioculturally embedded.

Joe Bower, an educator and blogger in Canada, made a very similar point last week in reaction to the concept of grit. Psychologist Andrea Duckworth just won a MacArthur Genius Grant for her work isolating and focusing on the importance of the personal quality of grit or perseverance to childrens’ success.

Grit is related to Harvard psychologist Carol Dweck’s popular concept of “growth mindset,” which has its scientific roots in the widely hyped neuroscience theory of “neuroplasticity.” Briefly, brain imaging studies over the last decade have highlighted the fact that the brain forms new neural connections, rearranges connections and even grows new neurons throughout life. Dweck’s research documents improvements in academic performance that can be induced by informing students about neuroplasticity, giving them the “mindset” that ability is not fixed early on and through effort they can improve. Grit or perseverance could be seen as the adoption of growth mindset as a character trait-the presence of individual determination to improve through effort.

Bower’s gripe is that “grit” sounds too much like an up from your bootstraps, Horatio Alger exhortation:

too often the argument for more grit in children is an abdication of the system’s responsibility to make things more equitable. I’m all for growth-mindset and resiliency, I teach it everyday, but they are not systemic solutions to inequality and inequity.

I don’t see a big problem with introducing a little bit of brain science into the classroom, however simplified, in the hope that it will improve students’ eagerness to learn. If brain scans convince policymakers and the public to support recess, so be it. But it would certainly be ironic if the neuroeducation approach, on a policy level, diminished our compassion and empathy for students’ full and varied experience. Students are human beings, not brains in a jar.

Anya Kamenetz writes the Digital/Edu blog for The Hechinger Report. She is a contributing writer at Fast Company and the author of several books and book chapters about the future of education, including DIY U: Edupunks, Edupreneurs, and the Coming Transformation of Higher Education (2010).