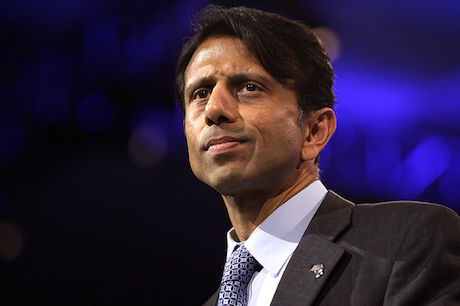 So the hammer finally dropped on seven Republican presidential candidates who did not make Fox News’ top ten national polling threshold for the first official debate of the cycle: Rick Perry, Rick Santorum, Bobby Jindal, Carly Fiorina, Lindsey Graham, George Pataki and Jim Gilmore. They have been relegated to a 5:00 PM “forum” on Fox tomorrow that will last an hour; the top ten will rumble for two hours at 9:00 PM.

One of the story-lines for the next couple of weeks will be the fate of the candidates who didn’t make the cut. Will the media start treating them like the Walking Dead? Will donors and previously committed activists abandon them? Will any of them see the handwriting on the wall and just drop out? Or could this whole make-the-top-ten obsession of the last couple of months turn out to have been a chimera?

You’d have to figure that three of the leftover candidates have a survival advantage. Perry has gotten off to a good start substantively and in terms of early Iowa impressions. He also has a lifeline to Texas and Christian Right money. Fiorina remains a candidate other Republicans want to push in front of cameras to savage Hillary Clinton without the appearance of male pigginess. And Lindsey Graham is this cycle’s clown prince, beloved by media for his jokiness, his moderation on some domestic issues, and his mad bomber hawkiness on foreign policy, making him a nice matched set with Rand Paul.

As long as Rick Santorum has Foster Friess willing to finance his Super-PAC, however, he can probably stick around. And what else does Bobby Jindal have to do? Govern Louisiana? Hah!

In the wake of not making the Fox cut, Team Jindal has settled on an interesting reaction: predicting Bobby will overwhelm the field with his Big Brain (per Buzzfeed‘s Rosie Gray):

The Bobby Jindal campaign likewise responded with a certain level of disdain for its fellow undercard debaters.

“Unlike other candidates, Bobby has a tremendous bandwidth for information and policy,” said Jindal spokesperson Shannon Dirman. “He’s smart, has the backbone to do the right thing, and his experience has prepared him well for debates on any number of policy topics. If anyone thinks they can beat him in a debate I’d love to learn about it.”

Bobby used the term “bandwidth” himself a couple of times during Monday’s Voters First Forum in NH. It’s apparently the new term for “smartest guy in the room,” which will probably be etched on Jindal’s political tombstone. He’s got all the arrogance of Donald Trump, but without the poll numbers.