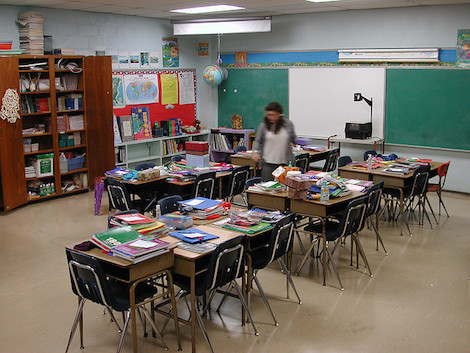 This is some of the hardest work in education.

That was the gist of education reform wunderkind Chris Barbic’s July open letter announcing that he was stepping down as superintendent of Tennessee’s Achievement School District, the state-run district charged with turning around the state’s worst schools. In that letter, Barbic said that he had discovered it was “much harder” to fix existing schools than to start up new ones, as he did running YES Prep, a highly successful charter school network.

Barbic’s resignation comes as legislators in states across the country — including Pennsylvania and Georgia — consider creating similar special districts for their worst schools. So-called turnaround districts are already up and running in three states: Louisiana, Michigan and Tennessee. They share many strategies: converting some schools into charters; replacing teachers and administrators; giving staff more freedom when it comes to things like curriculum, hiring and budgeting; and, in some cases, pumping in more money.

But, more than a decade after the first such district was founded in Louisiana, the results have been mixed. Turning around high schools — where the stakes are arguably highest as students prepare to head out into the real world — has proven to be particularly frustrating for reformers.

Julie Corbett, a consultant who specializes in turnaround strategies, said that for high school turnarounds especially, it takes more than a new curriculum and higher expectations.

“It’s all about wraparound services,” said Corbett. “And I’m not just talking about a counselor. Educators need to be thinking about dental care, healthcare, weekend jobs, child care for young moms and the list goes on. It is key to figure out early on all the wraparound supports the school needs.”

The proposed Pennsylvania district, like the Tennessee one, will be taking on the hardest cases — focusing on schools that rank in the state’s bottom 5 percent. Kelly Phenicie, executive director of the Pennsylvania education committee, said she imagines the district will actually work almost exclusively with the bottom 1 percent. According to senate staffers, there are 28 such schools, including six high schools. The majority are in Philadelphia.

Five of those six high schools are in Philadelphia, and if you exclude a statewide cyber charter school, they are the five worst schools in the entire state. All five fail to get more than 10 percent of their predominantly low-income black students ready for college or career. And they include quite a variety: Benjamin Franklin High, a traditional neighborhood school that has been struggling for decades; ARISE Academy, a charter school, which closed earlier this year; and The Workshop School, which seeks to foster creativity, risk-taking and responsibility among its students through a curriculum focused on solving real-world problems.

Phenicie said they know that it wouldn’t be easy to turnaround the state’s worst schools, which in some cases have been struggling for over a decade, but she added that Pennsylvania’s district would benefit from the lessons learned in Louisiana, Tennessee and Michigan. One such lesson is that success in turnaround districts isn’t cheap or easy, especially at the high school level.

Louisiana’s Recovery School District is the largest of the three. Founded in 2003, it ballooned in size after state legislators handed over nearly all of New Orleans’ public schools in the aftermath of Hurricane Katrina.

Ten years later, it’s hotly debated how well the RSD has worked. Graduation rates are up and nearly 60 percent of RSD third- through eighth-graders now pass state tests — but more than half of high school students fail. ACT average scores have improved, but at 16.6 out of 36 (around the 25th percentile) remain far below Louisiana’s already low statewide average.

Related: What happened with the $100 million that Newark schools got from Facebook’s Mark Zuckerberg? Not much

Within the RSD, the Collegiate Academies charter school network is often seen as a bright spot. Unlike most charters — which prefer to start with younger kids and build a network of feeder elementary schools before venturing into high school — Collegiate only works with high school students. Sci Academy, an open-admissions school, has sent students to colleges such as Grinnell and Middlebury and was named the second best high school in Louisiana by U.S News and World Report in 2014.

But Ben Marcovitz, who founded Sci Academy when he was 28 years old, cautions that the Collegiate network’s success is very difficult to replicate.

“Once you get to high school, there’s so many more years a student could be behind, it’s not unusual for ninth-graders to be reading at a fourth-grade level,” he said. “But even beyond those kinds of challenges, there is this growing mistrust that young people have for adults at that age. That’s for a lot of teenagers, but particularly so for kids in poverty.”

Collegiate’s academies haven’t been without their critics, who often point out that the schools have some of the district’s highest out-of-school suspension rates. When hit with a class-action lawsuit over its discipline policies, Marcovitz said he and his team saw it as yet another moment to adjust their model, which now features “schools within schools” to address the needs of students with behavior issues, for example, with services like garden and music therapy.

Related: Failing high schools rarely turn around. But this one did

Tennessee officials pledged that the state’s Achievement School District, which started off with six schools in 2012, would take schools in the bottom 5 percent and get them into the top 25 percent within five years. But the ASD initially saw a decline in test scores at the schools they took over. Both math and reading scores dipped in the first year and reading scores remained lower two years out. By the end of the 2013-14 school year, only six of the district’s then 17 schools were out of the bottom 10 percent. And test scores at many of the ASD’s Memphis schools lagged behind those at schools the local school district had been working to turn around.

Those lackluster results led Tennessee legislators, during the 2015 legislative session, to introduce 22 bills aimed to curb the ASD’s growth. The district posted big test score gains this year, but it’s unclear if it will ever reach its original goal.

Related: Graduation rates change by 30 percentage points over a few miles in the Northeast

Michigan’s Education Achievement Authority also struggled in its infancy. At the high schools it took over, four-year graduation rates decreased from 64 percent to 54 percent after the first year, rising only to 62 percent in the second year. And ACT scores in those schools have remained at 13.7, far below the national average.

Unlike Louisiana and Tennessee’s districts, Michigan’s didn’t benefit from millions of dollars in federal funds. Louisiana’s tapped federal dollars that flowed into the state after Hurricane Katrina, while Tennessee allocated $22 million from its successful Race to the Top application. Pennsylvania may be able to tap millions of dollars in federal money set aside for school improvement and charter schools. Building a new district from scratch doesn’t come cheap. At its height, according to its superintendent, Patrick Dobard, Louisiana’s RSD central office employed around 500 people, but has slimmed down to less than a 100 since converting the remainder of its schools to charters in 2014.

Phenicie, the executive director of Pennsylvania’s senate education committee, said they’ve learned a lot from what’s happened in other states.

“We know that it’s a daunting task, that this isn’t easy to do,” said Phenicie. “We’ve looked a lot at places like Tennessee, and what we’ve seen is that there has to be upfront money. We’re thinking we need $4 million to set up the district and start with five schools. We’ve also found that we are going to have to find the really good charters or educational management organizations to take this on.”

Four well-regarded charter operators, including YES Prep — founded by Chris Barbic, the Tennessee district’s superintendent — pulled out of deals to take over Memphis schools at the last minute. Barbic now cautions other states not to expect charter schools alone to do this difficult work.

“The bottom line is that there are not a lot of great charter operators to begin with, and there are even fewer who understand how to do turnaround,” he said during a panel of turnaround district leaders hosted by the pro-charter school Fordham Institute. “If we don’t solve the charter supply problem, we can have as many of these [turnaround districts] on the books as we want, but it’s going to be very difficult for them to actually be executed and done well.”

The charter operators’ apprehension isn’t entirely surprising. They are being asked to work wonders in communities marred by entrenched generational poverty. The question remains whether these schools and districts can overcome that.

On that matter, Barbic’s open letter was resolute.

“We see the impact of poverty on kids and families there every single day, and there’s no question this makes living and learning more difficult,” wrote Barbic. But, he added, “The ‘poverty trumps education’ argument sells our educators, and more importantly, our kids way too short.”

This story was produced by The Hechinger Report, a nonprofit, independent news organization focused on inequality and innovation in education. Read more about high school reform.