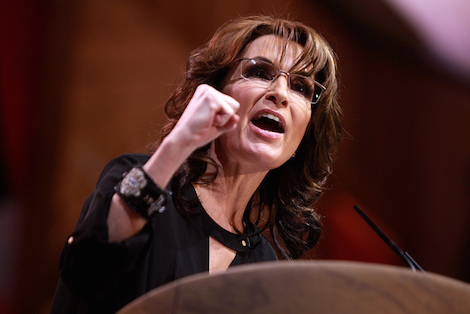 You realize there are people whose intensely held political views seem to be in conflict with their intensely held religious views, and wonder how they negotiate the transition from one to another. But you don’t expect to see it handled quite this way (h/t Sarah Posner):

JESUS WOULD FIGHT FOR OUR SECOND AMENDMENT

Taking concrete defense measures (ie. arming ourselves) away from… https://t.co/CRqFVwFrYx

The idea that the Prince of Peace would be concerned to make sure we had the right to build up military stockpiles in our garages in case we have to blow away cops or soldiers representing some socialist “tyrant” regime obviously would never in a million years occur to me, but it seems perfectly natural to La Pasionaria of the Permafrost. I guess the Savior wouldn’t have any problem with those concealed-carry-in-church laws, either. Beyond that–what a kidder! Turn the other cheek! Love your enemy! Beat your swords into plowshares! Had us going there for a while, Jesus! Sure did!