* A group of journalists at USA Today deserve major kudos for taking a creative approach to uncovering the story about how CEOs and lobbyists get access to Trump.

Dozens of lobbyists, contractors and others who make their living influencing the government pay President Trump’s companies for membership in his private golf clubs, a status that can put them in close contact with the president, a USA TODAY investigation found.

Members of the clubs Trump has visited most often as president — in Florida, New Jersey and Virginia — include at least 50 executives whose companies hold federal contracts and 21 lobbyists and trade group officials. Two-thirds played on one of the 58 days the president was there, according to scores they posted online.

Because membership lists at Trump’s clubs are secret, the public has until now been unable to assess the conflicts they could create. USA TODAY found the names of 4,500 members by reviewing social media and a public website golfers use to track their handicaps, then researched and contacted hundreds to determine whether they had business with the government.

The review shows that, for the first time in U.S. history, wealthy people with interests before the government have a chance for close and confidential access to the president as a result of payments that enrich him personally. It is a view of the president available to few other Americans.

* Yesterday former president Obama spoke up about the Trump administration’s decision to rescind DACA. Today former attorney general Eric Holder joined him. Here is how he took on the argument that the program is unconstitutional.

…in painting DACA as a flagrant disregard for our constitutional separation of powers, Sessions exhibited a fundamental misunderstanding of what DACA did. The program was based on the well-established executive-branch authority to exercise prosecutorial discretion in setting enforcement priorities. Rather than grant legal status, DACA simply deferred enforcement action against immigrants who met certain qualifications and permitted them to work lawfully in the meantime. And despite Sessions’s suggestion that President Barack Obama departed from established precedent in creating DACA, the practice of granting deferred action has been formally recognized as within the executive branch’s authority since the Reagan administration.

Then he got personal.

After immigrating to America from Barbados, my father served in the Army in World War II only to be refused service — while in uniform — at a lunch counter in the very nation he defended. Nevertheless, his persistence and unshaken belief in this country and the unique American opportunities made available to him enabled his son to become attorney general of the United States. That’s the possibility that comes with immigrating to this country, the dream that this country fosters and has made real. Remembering these truths can help us avoid the self-inflicted wound that will be caused by turning away from the principles that indeed made America great — again and again and again. 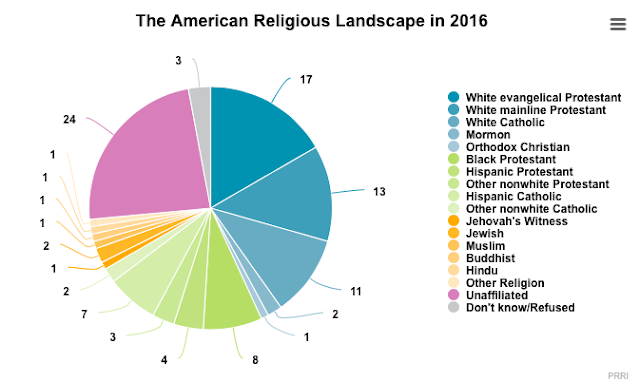 * Today I wrote about a report released by the Brennan Center for Justice suggesting that crime in the United States will decrease slightly in 2017. Jeff Asher, who is a crime analyst at FiveThirtyEight, explained on twitter that there are some major issues with their finding. I encourage you to read what he had to say, as well as an article he wrote in June titled “Murder is Up Again in 2017, But Not as Much as Last Year.”

Big cities tend to exaggerate national murder trends, both up and down — so a large rise in big-city murder usually corresponds with a slightly smaller national increase. If murder rose roughly 8 percent nationally in 2016 (as my January estimate suggests) and is set to rise a few percentage points in 2017, then the nation’s murder rate in 2017 will be roughly the same as it was in 2008. That’s still more than 40 percent lower than the country’s murder rate in the early 1990s (but roughly 27 percent higher than it was in 2014).

* John Sides writes that, based on a new poll, Obama-Trump voters are starting to sour on Trump.

First, we asked respondents whether they had any regrets about how they had voted in 2016. Most did not, including both Trump and Hillary Clinton voters. But the group in which the largest fraction (16 percent) expressed regret was Obama-Trump voters. That figure is about twice as large as it was in December 2016…

Obama-Trump voters were significantly more likely than Trump voters as a whole to say that they disapproved: 22 percent did so.

Obama-Trump voters were also more uncertain about supporting the Republican congressional candidate in their district in the 2018 midterm election. While most Clinton voters currently plan to stick with their party in the next House election, 20 percent of Trump voters are not sure. That climbs to 44 percent among Obama-Trump voters.

* Finally, some of us are old enough to remember when this is how Republicans used to talk about undocumented immigrants.