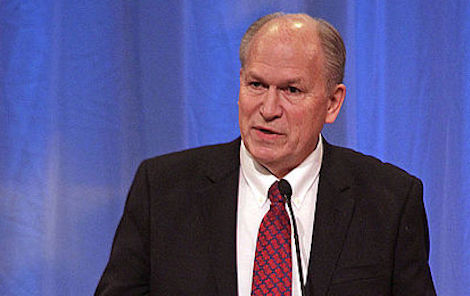 If you are an Alaskan or the very rare person from the lower 48 who pays attention to developments there, Gov. Bill Walker’s decision to accept the Affordable Care Act’s Medicaid expansion was no big surprise. It was part of his campaign platform in 2014, when he ran as an independent with Democratic backing (and was also endorsed by none other than Sarah Palin because his opponent, her hand-picked successor Sean Parnell, scrapped an oil tax that was one of her signature achievements).

But after failing to reach agreement with the Republican-controlled legislature on Medicaid expansion, Walker decided to accept the federal money, which the oil-revenue-ravaged state budget could certainly use, relying on his own authority.

This makes 30 states that have now accepted the Medicaid expansion that was originally contemplated as an integral part of the Affordable Care Act until the Supreme Court made it optional in 2012. That may sound impressive to those focused on the handful of Republican-run states that have crossed the line, but it’s not so impressive when you think back to the CW that emerged after SCOTUS ruled, which was that the fiscal logic of expansion and the power of health care industry interests benefiting from it would make this a no-brainer even in the most conservative of states. That it’s taken this long for 30 states to come on board is an enduring testament to the power of ideology.

When you look at the map of states that have and haven’t gone along with the Medicaid expansion, the regional character of the last-ditch resistance is becoming clearer than ever. Only one former Confederate State (Arkansas) has agreed to an expansion, and that case involved a very expansive waiver letting the state “reform” all of Medicaid in a conservative direction, a deal brokered by a Democratic governor. The South is, of course, the region with the most restrictive pre-ACA Medicaid eligibility rules, but also the most Medicaid-dependent population segments. The non-Dixie states rejecting the expansion include border state Missouri, the Extended Southern polity being erected by Scott Walker in Wisconsin, a swath of very conservative Plains and Mountains states, and then the eccentric barony of the rabid conservative governor Paul LePage in Maine. Will they ever bend? I wouldn’t bet on it any time soon. Again, ideology is a powerful thing.