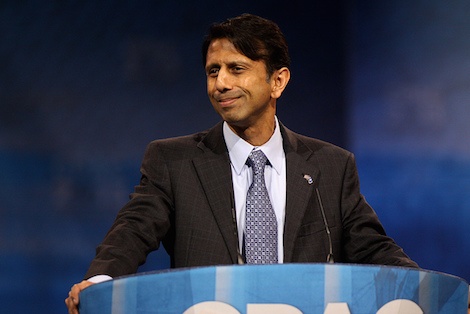 Looking at the polls (there are now three of them) showing Democrat John Bel Edwards with a double-digit lead over U.S. Sen. David Vitter in the November 21 Louisiana gubernatorial runoff, you’d figure Republicans would be focused on a unity effort to bring Vitter’s defeated GOP rivals into the tent. If so, the effort suffered a blow this morning, when Lt. Gov. Jay Dardenne endorsed Edwards in the runoff. Kevin Litten of the Times-Pic has some background:

Although Dardenne originally indicated he wouldn’t offer an endorsement in the general election, the source said his thinking on the subject evolved over time. Dardenne and Edwards had been talking since election day (Oct. 24), when Dardenne and Republican candidate Scott Angelle were defeated by Edwards and U.S. Sen. David Vitter.

Both Dardenne and Angelle, were the subject of withering political attacks during the primary launched by U.S. Sen. David Vitter’s campaign and the super PACS supporting him. Angelle struck back hard, and Dardenne complained bitterly about the ads during the last two weeks of the campaign during debates before running an ad criticizing Vitter in the last days of the campaign.

Dardenne finished fourth in the primary with 15% of the vote.

Vitter countered with an endorsement from former Gov. Mike Foster, who left office in 2004. You’d normally figure a big target of any Republican unity campaign would be the sitting two-term Republican governor of the state. But according to the Baton Rouge Advocate, Bobby Jindal is in “not in a hurry” to endorse a successor:

And it appears Jindal isn’t eager to pick which of the two he would prefer succeeds him in the Governor’s Office.

The National Review caught up with Jindal in Boulder, Colorado, on Wednesday and asked whom he prefers.

Jindal has frequently butted heads with both men.

It’s no secret that Jindal and Vitter have an icy relationship. And as chairman of the House Democratic Caucus, Edwards has been one of Jindal’s most vocal opponents at the State Capitol.

The bigger question may not be who Bobby chooses to endorse between campaign events in Iowa, but rather whether either candidate would accept his support.